12 Ancient Grains You May Have Never Heard Of 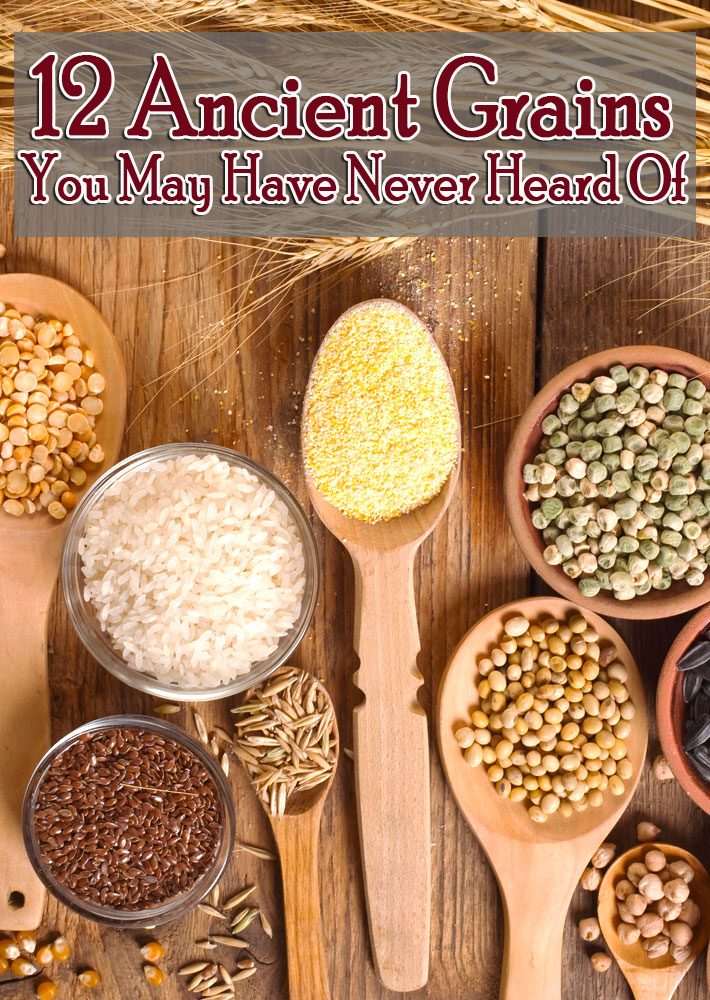 Grains like wheat, corn, oats, and rice are the most popular on the market, but ancient grains are making a comeback. Now available in many specialty health food stores like Whole Foods, these delicious grains offer more of a variety of tastes, textures, and nutrients. Some of them are even gluten-free, making them a great alternative for grain-lovers suffering from gluten intolerances. Try one (or all) of the tasty grains on our list below. A staple in Northern Italian cooking, polenta is made from ground yellow or white corn that has had the germ removed. This gluten-free, complex carbohydrate has more protein than a large egg (8.1 g per serving), and is a great alternative to bread and pasta. A single serving of polenta provides six percent of the recommended daily amount of vitamin A and 10 percent of the daily amount of vitamin C. Stone-ground whole grain cornmeal polenta is the healthiest choice. Polenta made from whole grain corn also supplies good amounts of iron, thiamin, zinc, phosphorous, and magnesium. Serve up polenta baked, boiled, or grilled as a main or side dish. A great alternative to rice or couscous and often used in soups and salads, bulgur is a grain often used in Middle Eastern cuisine. It’s made from hard red wheat and sometimes softer, white wheat. Bulgur is high in fiber (18.3 g per serving) and manganese. It also contains 26 percent of your recommended daily needs of niacin, 14 percent of iron, and 17 percent of vitamin B6. Quick and easy to cool, bulgur can blend easily with toasted nuts (walnuts, pine nuts, pecans), berries, or sauteed veggies to make a healthy side dish. It also goes great with chicken and beef. Try blending bulgur with wheat berries and quinoa to create a fresh, light side dish. One of the world’s oldest grains, amaranth is a South American grain that can be used in place of rice. Both gluten- and wheat-free, amaranth is high in protein (9 g per cup) and amino acids that help build brain cells like lysine, cysteine, and methionine, which aren’t found in as high concentrations in other grains. A single serving of amaranth has up to seven percent of vitamin C, 42 percent of iron, and 16 percent of calcium needs for the day. Cook amaranth in water or chicken stock with vegetables for dinner. It’s nutty, malty taste also makes it a perfect choice for breakfast when blended with nuts, dried fruit, and milk. Farro, also referred to as emmer, is a wheat grain that was one of the first domesticated crops in the Fertile Crescent thousands of years ago and was used in Egyptian bread making. Farro is high in fiber (5 g per serving) and protein (6 g per serving) and provides 20 percent of your daily needs for niacin and 15 percent of your daily needs for magnesium and zinc. Farro is commonly used in Italy as a whole grain in soup, pasta, risotto, and salad dishes. It can also be used to make bread and baked goods. Spelt is an ancient grain that was commonly eaten in medieval times. While it’s part of the wheat family, people with wheat intolerances are often able to eat spelt. A single serving of spelt is high is in fiber (5 g) and protein (6 g), and provides 14 percent of the daily recommended value of magnesium and zinc, and 25 percent of iron. Spelt can be used in place or rice and pasta, used as an oatmeal alternative, or used to make muffins, waffles, pancakes, and bread. A wheat berry is the entire wheat kernel, including the bran, endosperm, and germ, meaning it is a whole grain. The third most abundant crop worldwide, following rice and corn, wheat berries are a great source of healthy carbohydrates. Nutrient count varies depending on the type of wheat berries you select. They can be soft or hard and come in a variety of colors. Overall, wheat berries are high in fiber and protein and contain a variety of nutrients including vitamin E, calcium, B vitamins, folate, and potassium. Eat wheat berries in place of pasta, rice, and other grains, or use them in salads and side dishes. They’re also a great alternative to oatmeal when blended with fresh fruit and nuts. Buckwheat groats, also called kasha, are hulled grains from the buckwheat plant often found in Eastern Europe and Russia. Buckwheat is low in fat and offers eight percent of the daily value of niacin, six percent for vitamin B6, four percent for riboflavin and thiamin, 21 percent for magnesium, 12 percent for copper and phosphorous, and 7 percent for iron and zinc. It also contains all essential amino acids, making it a complete protein which helps with muscle-building. Add cooked buckwheat to salads, use it as a side dish, or add fruit and honey for a healthy oatmeal alternative. Millet is a small, whole grain food that is a staple grain in many Asian and African countries. Whole grains like millet have been associated with protection against cardiovascular disease, type 2 diabetes, and some types of cancer, and millet has also been shown to decrease the incidence of stomach ulcers. A cup of millet has just 207 calories, 6 g of protein, and 2 g of fiber. It’s also cholesterol-free and only has 3 mg of sodium per serving. Millet is also gluten-free. Quick to brown in a frying pan or pot, millet can be mixed with seasoned veggies, meats, spicy beans, and other flavorful foods. A form of grain grown in many cultures and is believed to have first been grown in Egypt or Asia, kamut is two to three times the size of common wheat and has 20-40 percent more protein and 65 percent more amino acids. Kamut is also high in essential fatty acids, which can help lower bad LDL-cholesterol and raise good HDL-cholesterol. It’s a particularly good source for thiamin, niacin, folate, riboflavin, vitamin B6, vitamin E, phosphorus, magnesium, zinc, and complex carbohydrates. Similar to dried beans, kamut needs to soak for several hours before cooking. Once cooked, use it to replace rice in side dishes or use kamut powder for baking. Found in the Andes Mountains of Bolivia, Chile, and Peru, quinoa means “mother grain” in Inca. Quinoa is a complete protein, meaning it has all nine essential amino acids, which have been shown to boost immunity, improve muscle quality, and regulate hormone production. It’s also a great source of high-quality protein (8 g per serving), fiber, and riboflavin, thiamin, and niacin, which help your body metabolize energy. Quinoa provides 20 percent of the iron and phosphorus that you require every day, along with 9 percent of potassium and 2 percent of calcium. A versatile, delicious grain, quinoa can easily substitute for rice and couscous in recipes, or serve it with fresh veggies. Barley is a rich, bulky grain originally from Ethiopia and Southwest Asia. A nutrient dense food, barley is high in fiber, B vitamins, iron, copper, manganese, and selenium. This blend of nutrients has been linked to increased immunity and a more efficient metabolism. Barley is also low in calories and not as starchy as pasta and rice. Before cooking, always rinse barley thoroughly and use 3 cups of water for every cup of barley. Use barley flower to make breads, muffins, and cookies, stir-fry it with vegetables, or blend it stews and soups. Teff, the world’s smallest grain, is made from the seed of an Ethiopian grass and made up mostly of bran and germ. This gluten-free, nutrient-dense grain contains high-quality carbs, protein (26 g per serving), minerals, and fiber, and is high in the nutrients calcium, thiamin, and iron (it has twice as much as wheat and barley). Uncooked teff can be used in baking cakes, breads, and muffins in place of small grains or seeds. For a meal, blend teff into soups and stews. It serves as a nutritious thickening agent, making it great for heavier, cool weather meals. 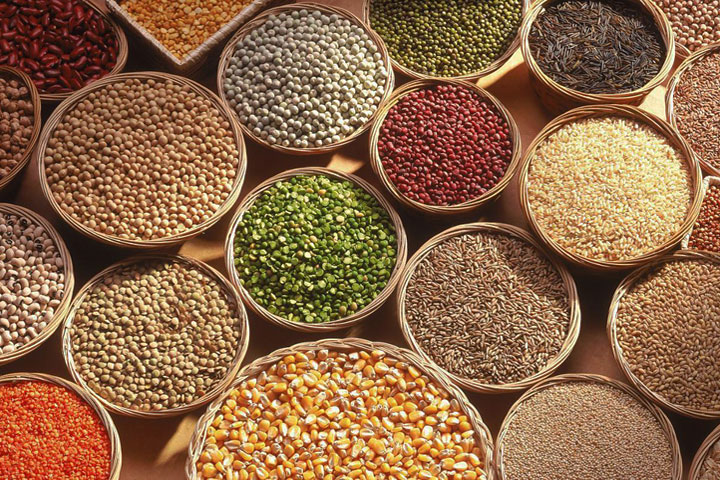 Best Foods to Eat When You’re Sick 3 years ago 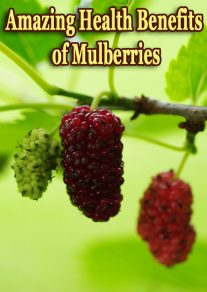