5 Beneficial Garden Insects and How to Attract Them 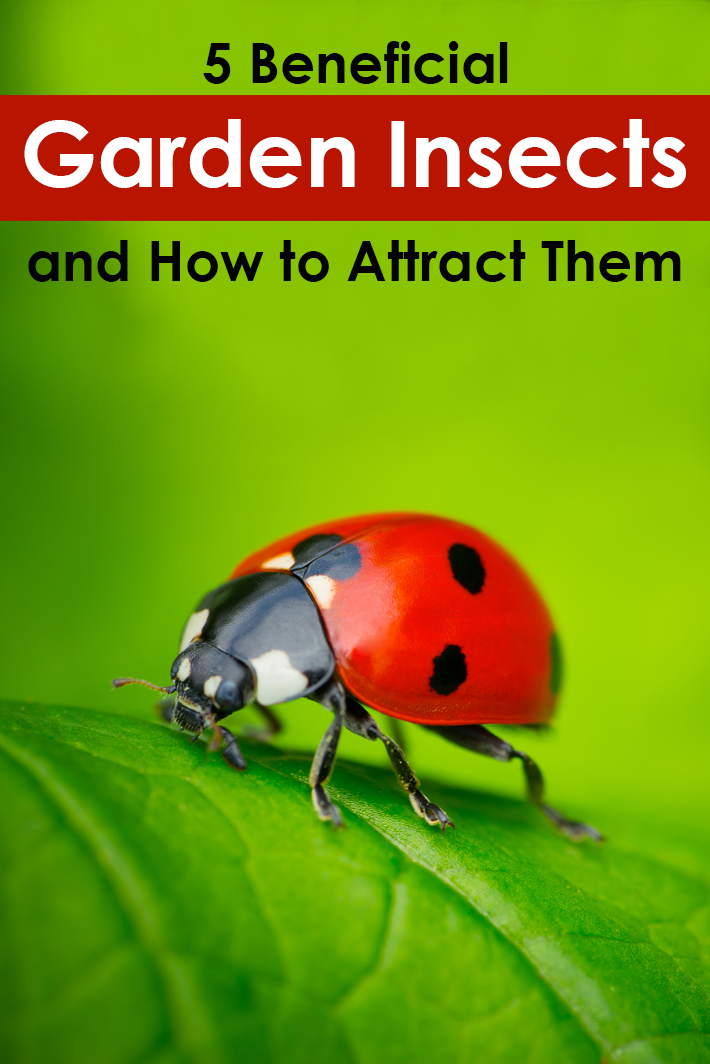 There is nothing like the sight of chewed leaves or a gnawed stem to instal panic in a gardener, triggering them to strike out at any bug that crosses their path.

Insects found in the presence of damage or who share the same color are frequently misidentified and assumed to be the culprit. In the wrong place at the wrong time, beneficial bugs are often targeted resulting in hoverflies swatted for wasps, or ladybird nymphs squished between the anxious fingers of a gardener! Homeowners and gardeners who confuse the good with the bad may unwittingly eliminate the very helpers they need in the garden.

Worse yet, the misidentification may lead to the misapplication or overuse of pesticides that harm the environment and contributes to the multi billion-dollar pesticide industry. We could do a lot more to work with nature by educating ourselves about the beneficial insects we hope are taking up residence in our landscapes.

While there are many insects that perform beneficial roles in the garden, here are five top ‘beneficials’ you should become familiar with in understanding how to use them to best advantage. Ladybugs are the most commonly recognized “good bugs” in the garden, the classic red beetle with or without spots is easy to identify found in flower heads, on leaves or basking on a warm wall. Ladybugs target and kill the most common of garden pests – aphids.

Most gardeners recognize the ladybug as red with black spots, but did you know that ladybugs are sometimes all black with two red spots (Chilocorus stigma), white with brown flecks (Anatis labiculata) or pink with black spots (Coleomegilla maculata) Yes, many ladybug varieties exist and aphids are not their only prey.

Some adult ladybug species overwinter in large concentrations in the hollows of trees, warm crevices and often in the attics of homes. They rely on fat stores to get them through until Spring, and as the season warms they emerge from hibernation very hungry. Once fed, ladybugs will find a mate and begin to lay the first of hundreds of eggs. These bright yellow elongated eggs are laid in bunches on the undersides of leaves, usually right within an aphid colony or very close to a similar food source. If you see these egg clusters, recognize them as ‘beneficials’ and let them be! Ladybug eggs on the underside of a leaf

From the egg hatches a larva that looks very similar to a tiny alligator, nothing like its adult parent. The larva keeps this appearance for 2-3 weeks until it reaches maturity and forms a pupa to develop into the ladybug beetle we know and love. The aphid midge is a relatively unknown and unseen insect to most, but the midge is the primary aphid predator early in the season. Very tiny, only 2-3 mm, it resembles a miniscule mosquito. A nocturnal insect, aphidoletes fly at night simultaneously feeding on honeydew and laying eggs within aphid colonies. The larva that hatch from these eggs are tiny small maggots best viewed with a magnifying glass. This part of the lifecycle lasts 1-2 weeks during which the maggot feeds on aphids voraciously. Such an efficient predator, the aphid midge is commercially reared and available to purchase to supplement your garden. Though Ground Beetles are hard to miss if they are trotting across your landscape, they can vary in color from solid black, brown, green or with a metallic hue, their shape is similar to a classical string base. Small head, larger thorax and pronounced abdomen, the adult beetles reach almost a full inch in length. They move very quickly and are mostly active at night but can be seen occasionally moving about in the day or found when disturbing their day time sleep spot.

Being such a large beetle it can take down pretty big prey with its formidable jaws. This is the truth! Ground Beetles feed on cutworms, wireworms, slugs, maggots and other caterpillars. Oh and did I mention that some species eat weed seeds too? Ground beetles hide under logs, rocks and ground covers during the day while at night they are on terrestrial patrol, cruising across the soil looking for the pests who dwell there.

The juveniles of these adults are equally as intimidating in appearance and equally hungry. Unlike their parents, ground beetle juveniles resemble the body shape of a centipede minus the multitude of legs, though the 6 legs they do have makes them move very quick. Usually solid black with obvious ridges it is the giant mandibles that make them look so ferocious.

Provide habitat for ground beetles by setting aside some undisturbed areas of debris and low ground cover within a short distance from your garden beds. It is no wonder that Tachnid flies are misidentified as the troublesome housefly, they look very similar except for the very stout bristles on their abdomen. The adult Tachnid fly is less than 1/2” and dark or grey in color. This family in the order of Diptera are of the most important of the parasitic fly species and include 1500 members. Their host prey ranges from immature beetles, butterflies, moths, sawflies, earwigs, grasshoppers, or true bugs.

Tachnid eggs are laid near host habitat to be ingested by its prey. Some Tachnid females insert eggs directly into the host while other species glue eggs directly onto prey as with the species Erynnia tortricis. If ever you have had a tent caterpillar outbreak it’s likely that you would see the bright white egg of Erynnia on the heads of many of the tent caterpillars.

Whichever species of Tachnid is active, they all feed internally, entering pest through ingestion, burrowing or oviposition. The developing maggot feeds on the pest until it is ready to pupate at which time the host dies and an adult fly emerges.

Attract Tachnid flies to your garden with plantings of small-flowered herbs such as thyme, dill, cilantro, parsley and fennel. Phlox, aster, daisy and Queen Anne’s Lace are favoured flowers, and diversity in plantings is key. The Minute Pirate Bug is a favorite of many just for the name but it is Orius that is your primary solution for thrips in onions, flowers and vegetable crops. They are part of the order of true bugs and share the unique pattern of this family. Oval shaped body, black in color with silvery pattern in midsection and white wings extending beyond the abdomen gives this small 3mm insect a unique appearance. The rostrum of this predator pierces its prey and sucks the fluids out in rapid fashion, devouring dozens of pests a day. Eggs are inserted into the stems of plants without harm and a juvenile nymph emerges a few days later. Similar in shape to the adult, juveniles begin as orange in color growing darker with time but lack the same patterning the adults have. Even in the nymph stage this predator feeds heavily.

When we encounter a pest problem in the garden it is most likely due to an imbalance in the environment or limited plant diversity. You have the ability to improve or correct suffering habitat through appropriate plantings and habitat installation. Improving the availability of pollen and nectar, providing watering sites and refuge areas for nocturnal predators to hide will vastly improve your collection of good guys. 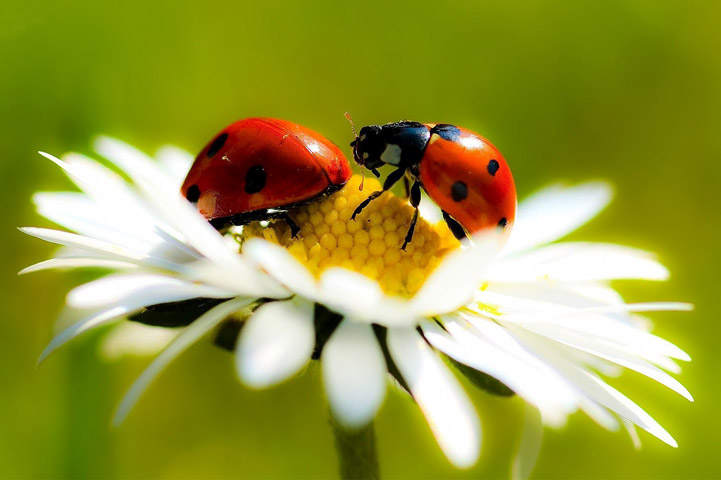 Get Your Yard Summer-Ready 6 years ago 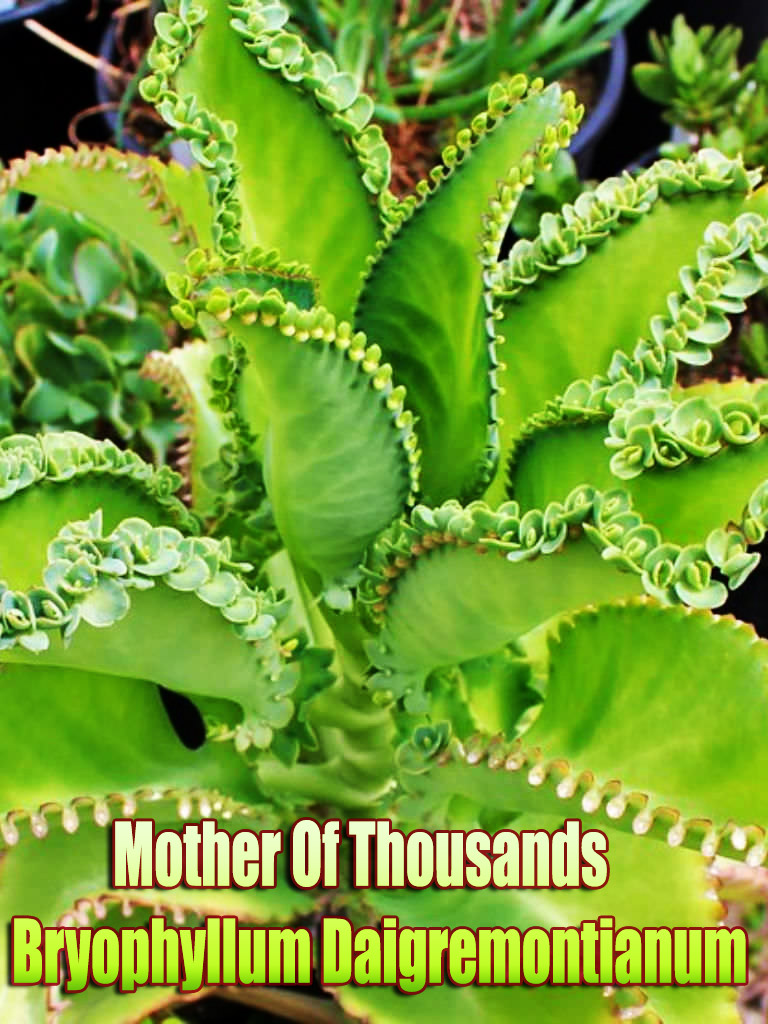 Mother Of Thousands – Bryophyllum Daigremontianum 5 years ago
← Building Muscle – How Much Protein to Take?
Tips for a Stress Free Dog Bath →