5 Foods That Turn Into Belly Fat 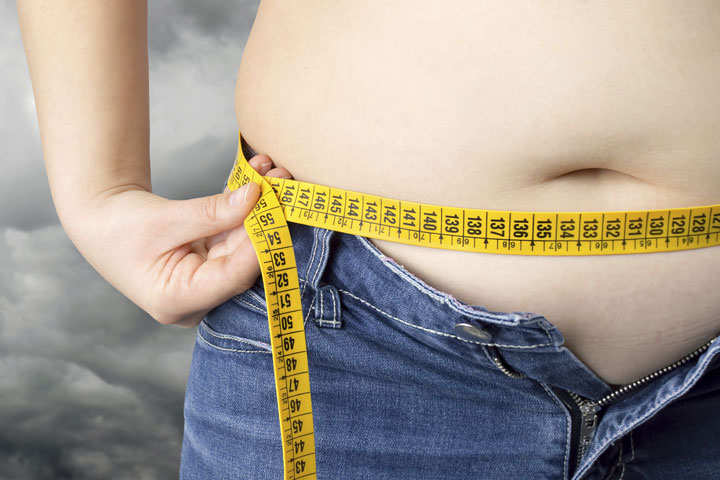 5 Foods That Turn Into Belly Fat

Some foods go right to your gut and cause nearly instant fat gain, right where you don’t want it.

Call this type of weight gain “deep fat tissue,” and it leads to deeply felt embarrassment when it comes time to strip down for the neighborhood pool party. It also leads to some more serious issues—heart disease, diabetes and Alzheimer’s among them.


What makes potato chips so epically bad for your belly is not what they have, but what they lack: the ability to make you feel satisfied. A handful of chips can turn into a big empty bag in no time simply because our bodies expect us to make them happy when we eat food. Daily chip consumption alone was responsible for adding nearly two pounds of flab to study participants’ frame every four years. That means if you cut out chips, you would lose more than half a pound of fat directly from your belly, even if you changed nothing else about your diet.

Eat This Instead: Nip your salty cravings in the bud with Beanitos, a chip made from navy beans, brown rice, oils and spices. This snacktime favorite has a texture and flavor reminiscent of traditional nachos, but far less saturated fat. If you want to get your beach body back, you should cut out sugary beverages and replace them with diet versions, right? Wrong. Recent studies have found an association between the consumption of diet sodas and a wider waist circumference. What’s more, diet soda drinkers have a higher percentage of belly flab than those who don’t sip the beverage, a study in the journal Obesity found. Why? Researchers think diet soda drinkers may overestimate how many calories they’re “saving,” and then overeat.


Drink This Instead: White Tea. This brew blocks the formation of new fat cells and helps the body break down stored fat, according a Nutrition and Metabolism study. That means that even when you overindulge, it’s harder for your body to store the excess calories in your body. A moment on the lips, a lifetime on the hips? How about this: A night at the Hut, a lifetime in the gut. In fact, pizza is the second biggest contributor of saturated fat to the American diet (just below cheese itself), and most slices serve up half a day’s worth of the artery clogger. Researchers have found that unlike other fats, the saturated variety is the most likely to be stored in the stomach. Any fat-laden carb fest will make you gain weight, but there’s something almost magical about the effects of fried spuds on your body’s fat-storage system–and by magical, we mean Voldemort, not Potter. One 20-year Harvard study found that people who ate fries regularly gained more than three pounds of body weight every four years; over the course of the study, the french fry eaters gained 15 pounds of belly flab from fries alone!

Eat This Instead: Homemade sweet potato fries. Slice a sweet potato lengthwise into strips, top with a few spritzes of coconut-oil cooking spray (a fat less apt to be stored as flab than butter or lard), salt, pepper and garlic powder, and pop them into the oven on 350 degrees F until they’re crispy. When dining out, ask for a side salad and a vinegar-based dressing in lieu of the fries that comes with your meal. Wait—don’t toss your steak knife at us yet! Studies show that eating the right cuts of steak can actually help whittle your middle. But rib-eye, along with T-bone and New York Strip, is one of the three fattiest cuts known to man or cow; in a study by Chinese researchers, consuming a diet rich in fatty, fresh red meat is positively associated with abdominal obesity and larger waist circumference.