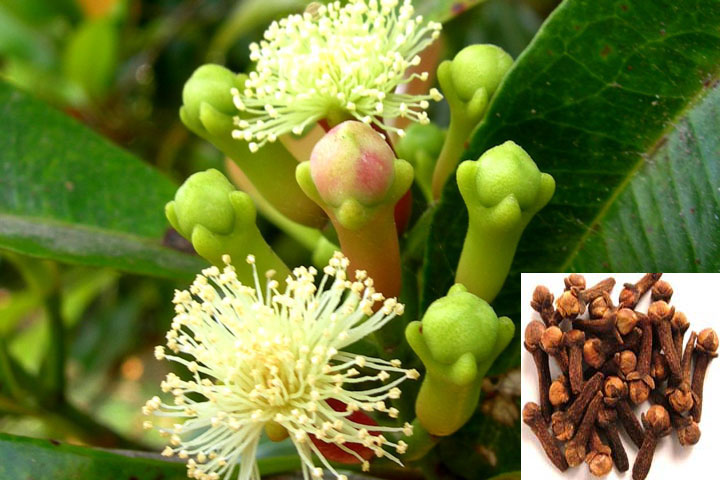 The Myrtaceae family, botanically known as Syzygium Aromaticum, is a tree comprising of the aromatic flower buds called Cloves. These herbs are indigenous to the Maluku Islands situated in Indonesia. The general uses of these herbs are as a spice. The Cloves are harvested commercially in India, Indonesia, Zanzibar, Madagascar, Srilanka, Pakistan and Tanzania. In the province of spices, Cloves remain a member of “the big four” along with nutmeg, cinnamon and pepper. They contribute to the bloodshed, greed and adventure. In the Chinese literature, it is well known that the people who were given an opportunity to meet the Chinese emperor of the third century BC of the Han Dynasty, were asked to obtain a clove from a dish in the hands of a servant and chew it prior to entering the royal room, so much so that the emperor may not be offended by their breath. As for the Romans of the 1st century A.D., it was a popular practice of using them as a perfume or as a fragrance.

The world over, this plant is used in general as a spice for food. The clove got its name from the Latin word ‘Clavus,” which means nail, because the dried bud attains the shape of a nail. In 207 B.C. the ancient Chinese initially made a documentary on the fragrant clove. During the prehistoric period, it was used as an insect repelling agent, to control bad breath and also for several other applications.

Cloves dating back to the 1721 BC were found by archeologists in Syria. It was unearthed in a ceramic vessel. In the middle Ages, Muslim merchants and sailors were in the business of cloves. They traded cloves with many countries, including India through the profitable Indian Ocean trade. Usage of cloves in those times is revealed in many books, including the records of Ibn Battutta and the famous Arabian Nights books. This evergreen clove tree grows to heights of 8 to 12 m; their leaves are big and flowers are sanguine, arranged in terminal clusters. Primarily, the flower buds are pale hue colored, which slowly becomes green and gradually turn to brilliant red when they are ready for harvesting. The harvested Cloves are 1.5 to 2 cm in length with a long calyx terminating into four distributed sepals and four closed petals oriented into a central ball. The clove is a perennial evergreen tree that is native to Moluccas Islands which was previously known as the Spice Islands, presently located in Indonesia and also the southern regions of the Philippine Islands. On account of the high price it fetches, vast areas are dedicated to clove cultivation in the tropical regions of Madagascar and Tanzania in East Africa. This plant is cultivated in a minor way in the tropical countries of the new world of the Caribbean islands of the West Indies and also Brazil. It can also be found in areas surrounding the Indian Ocean and Asian regions. Clove thrives in the wet tropical regions where the soil is rich and loamy. The other soil it grows well in is the red, heavy type, provided you properly drain the soil in both cases.

If planting by using clove seeds, make sure that the seeds are fresh. The dried ones will never germinate; hence, while buying pollinated seeds make sure the seeds are of good quality and new. As soon as the seeds are available, plant the cloves before they dry. The seeds can be planted directly or can be soaked in water to get rid of the outer lining which will help to germinate well. It can also be propagated by cutting.

Prior to the monsoon, clear up the location of uncultivated growth where you intend to cultivate clove. Make pits of dimensions of 75cm square, spaced at 6 to 7 meters apart. When planting cloves as an inter crop. Space them corresponding to that of the main crop.

It takes around 20 years for the plant to bloom and produce flower buds. Once it starts to bloom, cloves can be harvested in spring as well as in the winter period in tropical regions. Though it takes years to bloom, it provides the spice for several decades.

The dried cloves are used as a spice. After the plant starts flowering, collect the buds from the stalks and let it dry under the sun for 5 to 6 days. The sun should be warm when drying the cloves. It should be spread evenly on a clean mat and dried quickly before getting fermented. The stems can also be dried in the same way as the flower buds. Stems are used to derive essential oils as well. Cloves should be well fertilized with organic fertilizers. Fertilizers should be applied to this tree during each autumn and spring period. Organic fertilizers that contain decomposed manure and natural organic matter are preferable. Before using any fertilizers, the instructions provided on the label should be read and followed properly. The cloves that are collected from the stalks of the plant should be spontaneously dried under the hot sun and immediately stored in an airtight container. Make sure that the cloves are well dried before storing, as any wetness may cause the cloves to rot.

Cloves prefer sunny locations; hence it should be placed under full sun. The temperature, best suited for the cloves to grow well is around 60 to 80 degrees F. But during the germination process, direct sunlight should be avoided.

In Africa, Asia and adjacent Middle East countries, cloves are used in cuisine, primarily for giving flavor and also in curries, meat dishes and in marinades. It is also used to flavor fruit such as rhubarb, pears or apples. Cloves when added to hot beverages which are combined with several ingredients such as sugar and lemon, adds flavor and aroma.

Cloves have many medicinal properties. It is believed to act as a natural anthelmintic (Wiki: Drugs that expel parasitic worms). The essential oil derived from cloves is very effective for warming and stimulating in aromatherapy to ease digestive problems. It can also be applied directly over the stomach to get relief from digestion problem and to provide warmth to the digestive tract.

The other use of Clove is in Chinese medicines, Indian Ayurvedic medicines and Western Herbalism. Apart from this, in dentistry, for dental emergencies, Cloves are used in the form of clove oil as an anodyne (pain killer), a Carminative, to augment hydrochloric acid within the stomach and also to increase peristalsis.

Cloves have an important role in Chinese medicine. Cloves or Ding Xiang is very effective and believed to be warm, acrid and aromatic. It enters the kidney, stomach meridians and spleen to provide a soothing effect. It also has the ability to produce warmth in the stomach areas like direct stomach Qi and in the middle portion, thereby treating hiccough and other ailments. It also helps in fortifying the kidney yang. Cloves are attacked by only few pests. Scales, stem borer, and mealy bugs are a few among them.

The major component of cloves that provides it a spicy aroma and taste is a chemical known as eugenol that is so strong that only a few or a very small quantity of cloves are required in food to enjoy its flavor. It provides a great taste and flavor when used along with allspice, Cinnamon, Red Wine, Basil, Vanilla, Citrus, Peppercorns, Onion , Star Anise and Peel.

The essential oil derived from clove consists of 72 to 90% of Eugenol which is highly responsible for the cloves flavor and aroma. Cloves comprise of other essential ingredients like Beta-Caryophyllene, Crategolic Acid, Vanillin and Acetyl Eugenol. It also consists of tannins like Kaempferol, Bicornin, Flavonoids, Stigmasterol, Gallotannic Acid, Campesterol, Oleanolic Acid Eugenin, Methyl Salicylate(painkiller), and the likes. Advantages of Cloves in a Nutshell

1. Temporarily treat a toothache.
It helps to soothe gums or tooth pain by just applying or dabbing some clove oil on the affected area. The other advantage is that it will also help to cure any infection present in those areas.

2. Relieve upper respiratory infections.
In Ayurveda, it is believed that tea made from clove will help to cure flu and cold. It is an effective expectorant which will help to clear out phlegm from the body. It is also known as a natural pain killer that helps to keep away infections and germs, thereby giving relief to sore throat.

4. Treat scrapes and bruises.
Cloves can easily treat bruises and scrapes but the strong pungency can be reduced by using it along with olive oil in a “Poultice” form.

5. Improve digestion
Cloves can prevent vomiting, intestinal gas formation, diarrhea and stomach aches by providing a soothing effect to the GI tract. It should not be taken excessively or else it can cause irritation in the stomach.

6. Enhance sexual health
It is also regarded as an aphrodisiac and believed to cure sexual problems for men like reaching orgasm too early One interesting researcher, in his search for the oldest clove tree in the world, believes it is known as the “Afo”. No documentation exists on when the “Afo” was planted, but he claims that, as per estimates, this tree must be 300 to 400 years of age.

Walkways and Garden Path 5 years ago 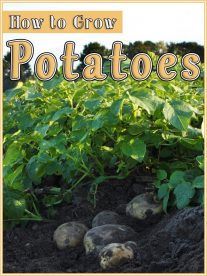 How to Grow Potatoes 1 year ago