How to Grow Globe Artichokes 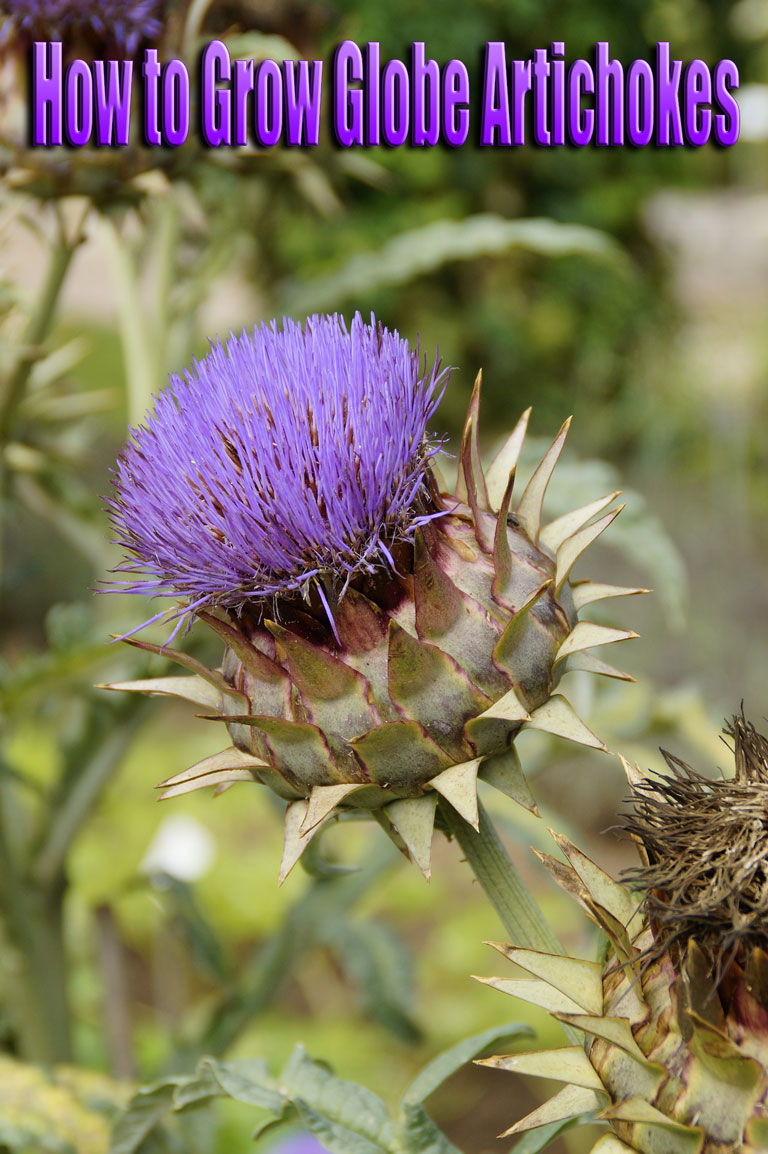 You can grow Globe artichokes in your typical northern European garden or allotment.

The edible portion of the plant are the flower buds before the flowers come into bloom. However as exotic as they may look, they are in fact surprisingly easy to grow.

The are best grown from seed under protection in the spring, and then transplanted outside into their final position once the threat of late frosts have passed.

Native to the Mediterranean region, the globe artichoke is a short-lived perennial plant, and while it will not be completely hardy when grown in more northern European countries it should survive if given adequate protection. 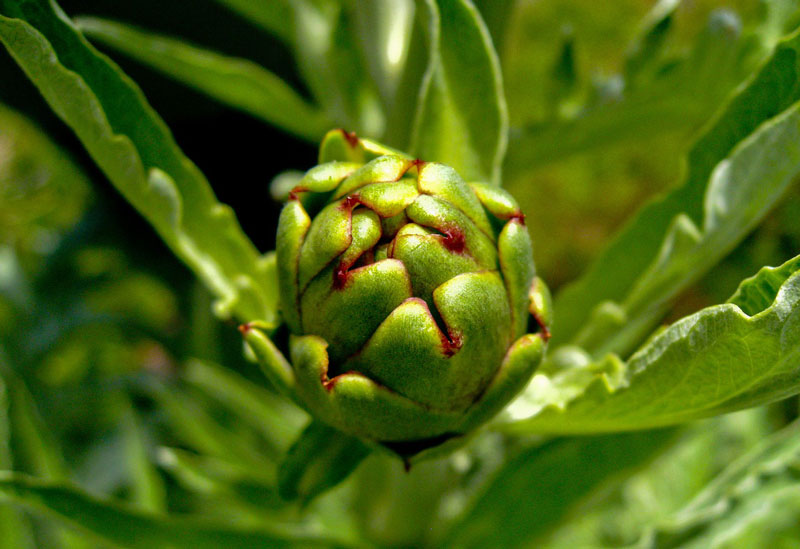 In order to produce a decent crop, plant your artichokes in sheltered position that receives as much sunlight as possible. They will perform best in a fertile, well-drained and well-cultivated soil, but will produce a better crop if you prepare your soil before hand. During the winter, dig in liberal amounts of well-rotted farm manure and leave the ground rough.

Then prior to planting, fork over and level your proposed artichoke plot. Then rake the soil to a fine tilth and add a dressing of general fertiliser at a rate of 100 grams per sq metre. Remember that artichokes can grow as tall and as wide as 6 ft so make sure they are planted a good 4ft apart. 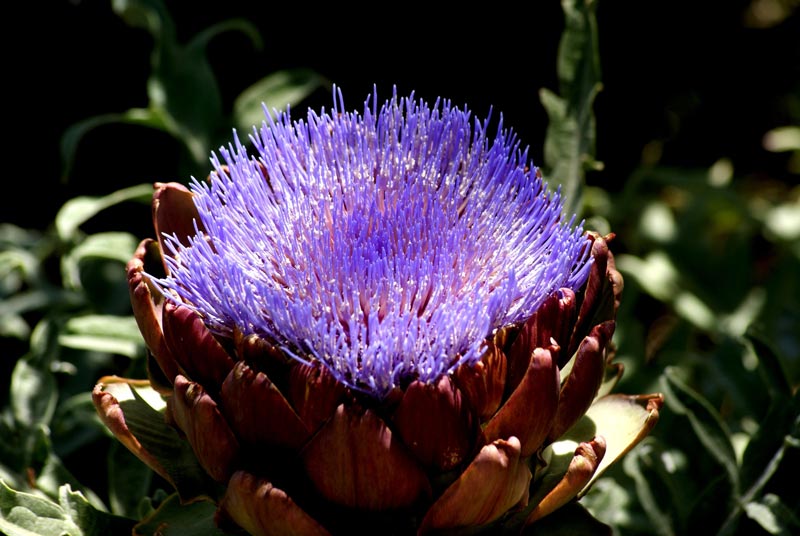 Once your artichokes are in the ground, water them in well and then make sure that they don’t dry out over the summer. In hot weather consider giving young artichoke plants a good moisture-retaining mulch. Remember that Artichokes will need plenty of available water in order to produce those big, succulent buds which can be as much as three times a week during hot dry spells while the buds are forming. 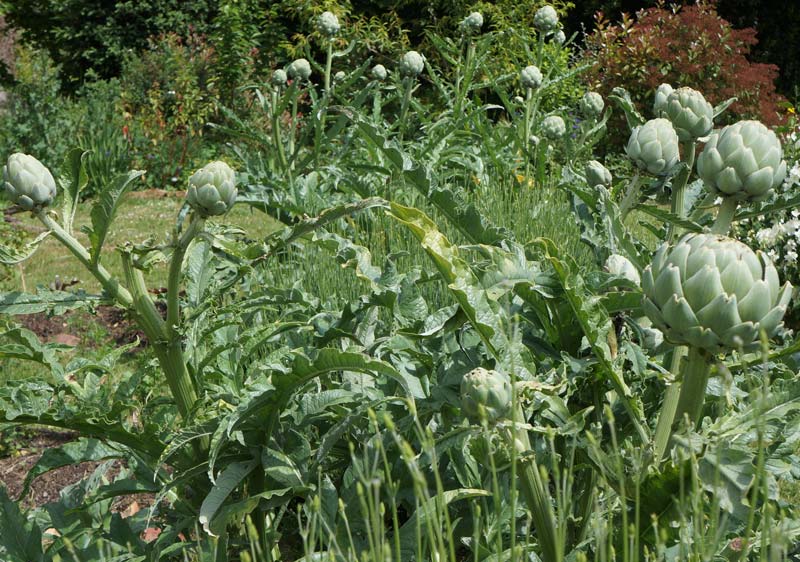 Of course, avoid watering so much that the roots become waterlogged as they can rot off, causing you to lose the crop.

Harvest your artichokes from late June onwards, first removing those at the top of the stems. The later heads will mature slightly later. 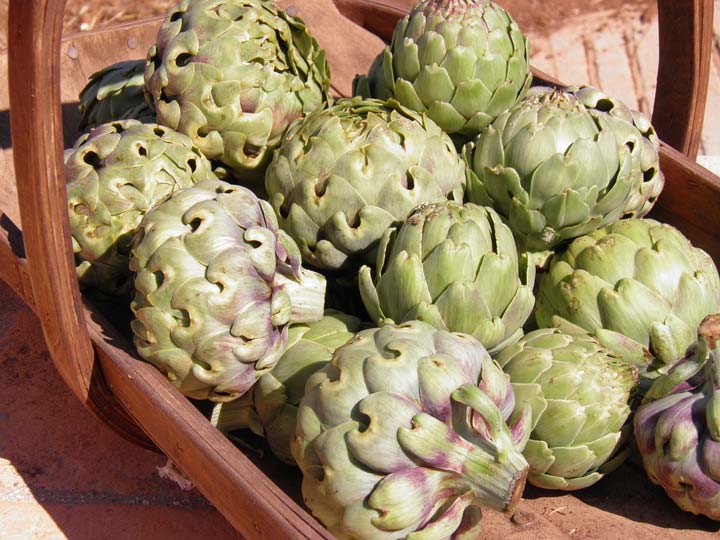 Colors in the Garden – Basics 6 years ago