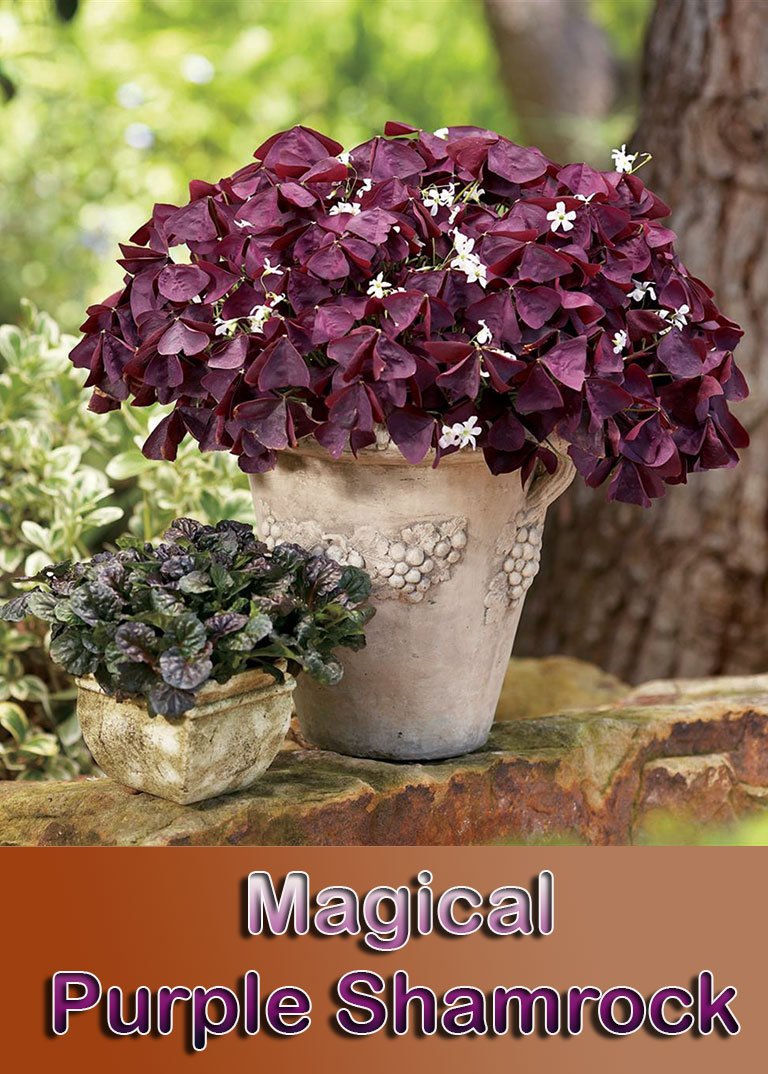 Three is often the magic number when it comes to Oxalis. The most common species grown as a houseplant is Oxalis triangularis which has three common names, False Shamrock, Purple Shamrock and Love Plant. It has three purple heart shaped leaves, which each have three sides, that sit symmetrically to one another at the end of every petiole (or “stem”). Other species are similar in shape, except they tend to have green leaves.

The plant is also a little bit magic, because it can revive itself from the dead! Rather than being intrinsically linked with the soil like many other plants, Oxalis is linked to the soil by its tiny bulbs. Forget to water it, temperature drops too low or its living conditions are generally poor, everything above the surface will wilt and die back to take refuge in the bulbs below. As soon as good conditions are restored the plant comes back to life incredibly quickly. This is great for those little accidents where we forget to water our plants for several months at a time, not so good for those who live in temperate regions of the world where this plant can be viewed as a weed. Let’s not dwell on such things though! The plant is dainty and elegant with pretty looking leaves, everything stays compact if kept in a pot which makes it an ideal house or office plant in many respects. It throws out one last bit of magic with it’s white flowers that emerge on mass above the darker colored purple foliage below, creating a strong contrast that really makes them stand out. Are you sensing a but coming? If so, well predicted. Despite all its positive points the Purple Shamrock is actually quite rare to find living in peoples homes.

Oh yes its much more common to grow Oxalis outside amongst your Summer Bedding, the annuals, perennials or shrubs. It’s a gardeners plant in many respects. But the reason it’s not grown inside more is a bit of a mystery to us. It’s true it’s poisonous to pets, although again it has a helpful magic trick by making the leaves taste awful. A little nibble of this plant and most pets wont be back for a second helping. One guess could be its rarity and difficulty to purchase in many shops… So yes we can’t really explain its lack of popularity with certainty. Oxalis is not overly fussy with its light requirements. The species with purple leaves will take less bright areas than its all green leaf cousins. However for a good looking plant you’re going to want an area which receives bright light, or even some sun for a few hours a day. Don’t over do it though, too much sun will damage the leaves.

Ideally soak the soil and then allow the top inch or so to dry out before watering again. Although irregular and random watering is not a problem here, in fact the plant can often go months without adverse effects especially when it’s cooler. However if it’s very warm or it sits in a very bright spot you will need to make an effort to water regularly, because if things get too dry the plant will die back.

No need to worry about humidity.

Feeding should be infrequent, so using an all purpose fertilizer at normal strength once every couple of months is plenty.

As a houseplant you don’t need to worry about temperature very often. Although sitting in a very warm room, above 25°C / 77°F will quickly “age” the plant and make it look raggy and unattractive. Because the Purple Shamrock is reasonably compact, repotting only needs to be done infrequently. Perhaps when the plant has spread to all sides of the pot or you want it to become more bushy. In any case a general all purpose compost will be absolutely fine as long as it has good drainage.

This is really easy. In most pots there are many many bulbs of which a small section of the overall plant belongs. All you need to do is divide the “clump” and plant up in different containers, the new “clump” will produce more bulbs and gradually fill its new home.

New growth is rapid. Once the plant has become established or there is no space for it to grow into, it will slow down. At this stage you can either repot or divide your Oxalis, or leave it alone to keep the compact nature.

Expect a max height of 25cm / 10in and it will spread to fill the size of the container you have put it in. A large wide container will mean a wide overall plant.

The flowers are generally white with purple and pink hues mixed in. Like the plant itself, the flowers are also dainty and they form in small clusters which last for several weeks sitting a few inches above the leaves. They could bloom at anytime of the year, however it’s normal to expect them to appear only in the Summer. Although tolerant, if your treatment of the Purple Shamrock is anyway close to brutal you will quickly force it into die back mode, known more correctly as dormancy. This results in everything above the soil dying and taking shelter in the bulbs which sit just below the soil.

All is not lost however, because the plant will resurrect itself if the conditions improve. In many cases die back has happened because you have not watered it in months, so if you soak the soil, the plant should kick start back into life pretty quickly. 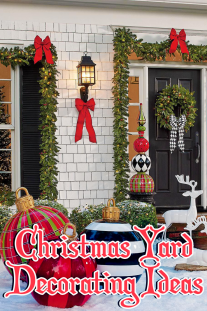 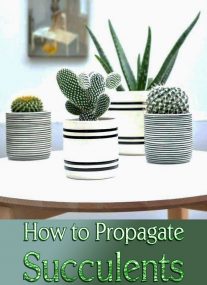