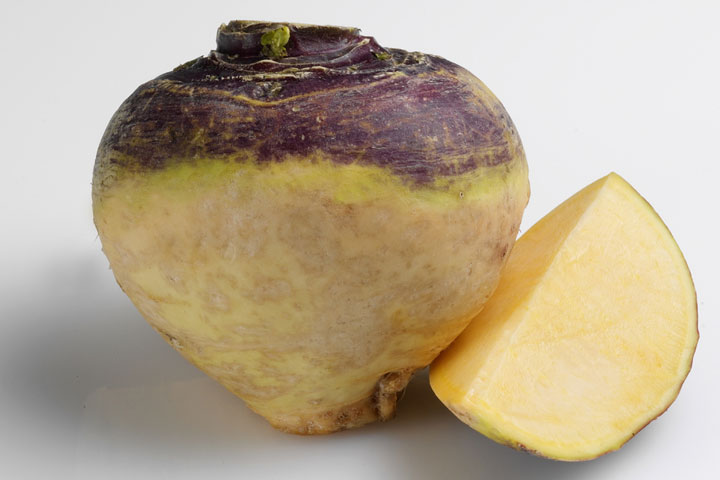 Rutabagas are only called rutabagas in the U.S. Throughout the rest of the world, they’re known as swedes. This ordinary root vegetable is thought to have originated in Bohemia in the 17th century as a hybrid between the turnip and wild cabbage.

Members of the cabbage family, rutabagas are often confused with turnips, although there are noticeable differences. Rutabagas are larger, part white and part purple, with creamy orange flesh and ribs near the stem, and with a sweet flavor when roasted. Meanwhile, turnips are white with a purple-red top and a peppery taste. Perpetuating the confusion, other names for the rutabaga include Swedish turnip and Russian turnip. A cool-weather crop that stores easily, rutabagas are grown primarily in the northern United States, Europe, Great Britain, and Canada, requiring about 90 days to reach full size. Their flavor is only enhanced by light frost, which is probably how they got their European moniker, having prolific growth in Sweden.

Nutty and sweet with a mild turnip-like flavor, rutabagas can be roasted, sautéed, baked, fried, boiled, mashed, and added to soups and stews. They also can be eaten raw as a snack or grated into salads or coleslaw. A mix of mashed rutabagas, potatoes, onions, and carrots, seasoned with butter and salt, is a hearty, warming dish.

The brassica napus has a few subspecies, including rapeseed, the leaves used as forage crops for livestock and the seeds made into oil. Canola, a variant of this plant, was developed in Canada in the late 1970s for (what was thought to be) a more nutritious source of vegetable oil than rapeseed. All crucifers (brassicas or cole crops) are high in antioxidant and anti-cancer compounds. The anti-cancer properties of these vegetables are so well established that the American Cancer Society recommends that Americans increase their intake of cruciferous vegetables.

Rutabaga’s most significant nutrient comes from vitamin C. One cup contains 53% of the daily recommended value, providing antioxidants and immune system-supporting functions that help protect the cells from free radical damage. Although rutabagas provide only 5% of the iron needed for healthy blood on a daily basis, vitamin C enhances its absorption, while helping to form both collagen and the thyroid hormone thyroxine, which protect cells against damage, encourage wounds to heal, fight infections, and promote healthy bones, teeth, gums, and blood vessels.

Beta-carotene-rich rutabagas are also an excellent source of potassium and manganese (for energy), and a good source of fiber, thiamin, vitamin B6 (helps support the nervous system), calcium (for strong bones), magnesium (helps absorb calcium and combat stress), and phosphorus (helps metabolize proteins and sugars). The most common cancer among American men, prostate cancer ranks second in cancer death causes, after lung cancer. Results of one study suggested that a diet rich in vegetables, particularly cruciferous vegetables such as rutabagas, is linked to a reduced prostate cancer risk.


A significant association between ingestion of brassica vegetables and incidence of colorectal cancer was shown in both men and women, with fewer tumors in women associated with eating Brassica vegetables. 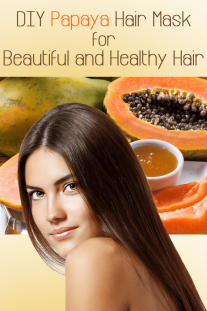 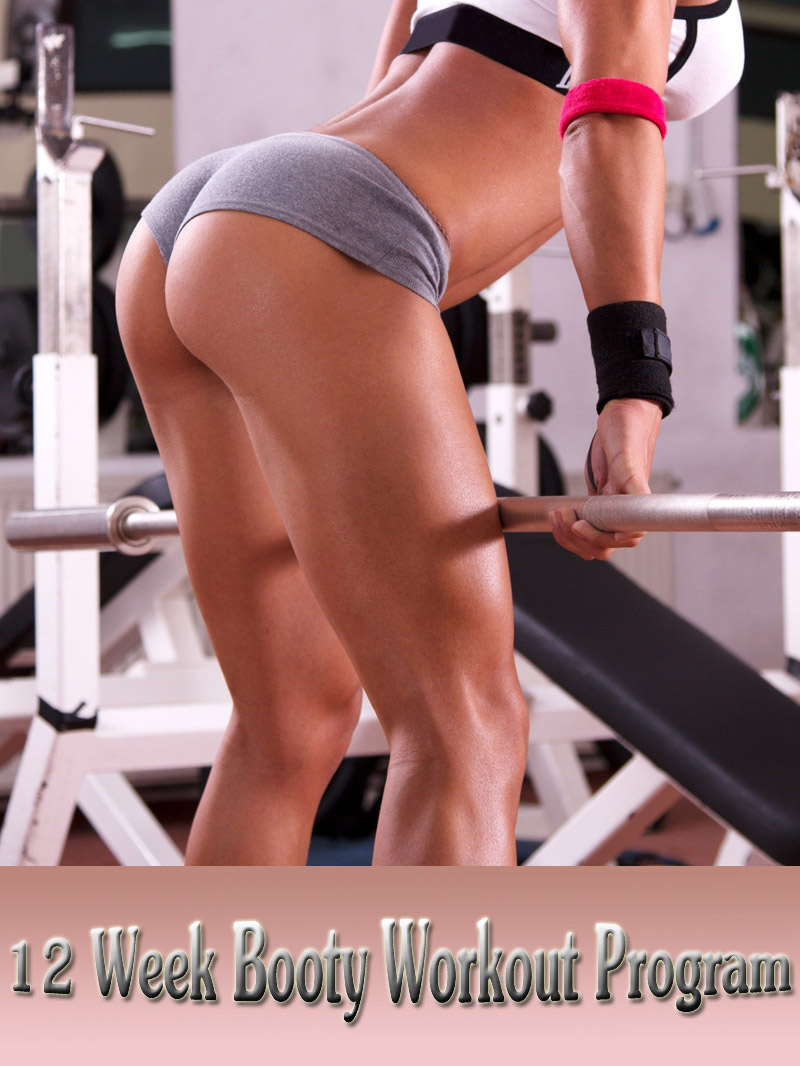 The 12 Week Booty Workout Program for Women 4 years ago