Shad – Fish That Made America Great 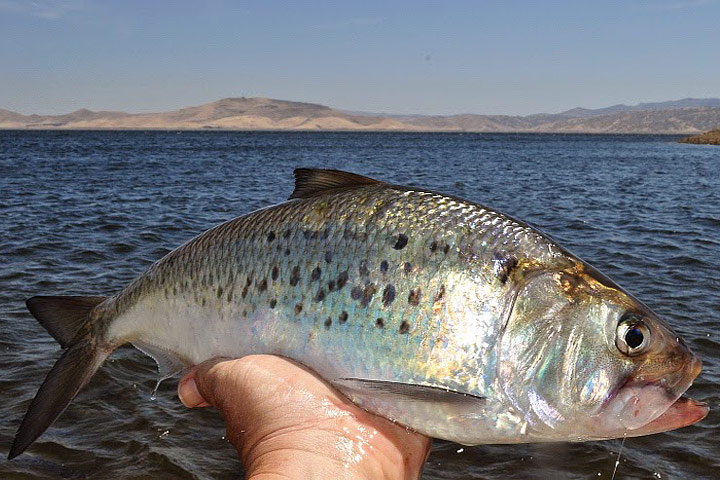 Of all the species that were once absurdly abundant in American landscape—the bison, the passenger pigeon—the American shad are often forgotten. These impressive fish, the largest type of herring in North America, used to migrate each spring up the eastern seaboard’s great rivers to their spawning grounds, in such great numbers that colonial fishermen could drag thousands out of the water in just a couple of days.

Shad are the East coast’s analog to salmon; as John McPhee reports in his book, The Founding Fish, some reports of abundant salmon in the newly colonized “New World” may actually have just been referring to shad.

In the 21st century, though, despite our yearning for local food, shad is conspicuously absent, in part because now they’re much harder to come by. The problem isn’t that we aggressively overfished populations or consciously exterminated them. We just made it much, much harder for them to reproduce.

Back in the early days of America, shad filled rivers from the Carolinas to New Jersey: they would swim each year up the Schuylkill, the Rappahannock, the Delaware, and most importantly, the Susquehanna, the longest Atlantic-draining river on the coast. The Susquehanna begins at New York’s Otsego Lake, near Cooperstown, and twists down towards the border with Pennsylvania, passing by Binghamton, then down around Scranton and west through Harrisburg, before cutting back towards the ocean and dumping into the Chesapeake Bay. At one point, shad covered this entire length, from ocean to headwater, of 640 miles, the longest recorded migratory journey of any eastern fish.

Before the American Revolution, catching and preserving shad was great business. Indeed, the Yankee-Pennamite conflict, in which Connecticut and Pennsylvania sparred over territory in what’s now northeastern Pennsylvania, was fought in part over access to shad. The combatants would burn down buildings, steal each other’s resources, and destroy the fishing nets their opponents used to harvest the fat fish.

George Washington harvested shad in Virginia, and histories of the Revolution often claim that it was an influx of migratory fish in the spring that saved his army from starvation at Valley Forge. There is a record of the British army trying to block the fish from swimming upriver in order to continue to starve the army, and though McPhee thinks plenty of fish would have gotten through the blockade, he’s doubtful that shad were the Revolution’s saviors: there are no actual records of shad reaching Valley Forge, and more damningly, few fish bones found in the garbage pits excavated there.

At the beginning of the 20th century, though, the shad were handily blocked from going upstream. Government-built dams started going up—four in the Susquehanna—and though even in the 19th century, regulations had required dam-builders to make provisions for fish to pass, these were big enough that the fish couldn’t scale them.

Even before the Conowingo dam—at the time the second-largest hydroelectric project in the country—was built 10 miles from the mouth of the Susquehanna in 1928, few shad were making it far up the river. When the new dam went up, government officials decided it wasn’t even worth trying to help the fish bypass such a steep dam. Without access to traditional spawning grounds, shad populations started shrinking to critical levels. Shad season essentially became a thing of the past.

After 40 shadless years, though, the Susquehanna Shad Advisory Committee started working to repopulate the river, by stocking it with tiny shad, born at the first modern hatchery in the country, and adding improved fish-moving technology to the dams. The Conowingo eventually got two fish elevators, which lift pools of water, filled with fish. One sends them on their way down the river; the other collected fish that were then trucked upstream, past the other dams.

All this worked, for awhile. The numbers started creeping upwards, and though they never reached their historic heights, or the goal of having millions of shad in the river, in 2001, nearly 200,000 shad made it past Conowingo and more than 16,000 made it past all four dams. But since then, the numbers have dipped, in part because of hatchery problems and high spring flows, but also because the trucking of shad upstream stopped in 1999. This year, by May 7, just 8,121 shad had passed by Conowingo, and 99 had passed all four. (That’s up from the previous two years; in 2014, only eight shad were recorded above the upstream-most dam.)

A new agreement, though, between the Fish and Wildlife Service and the power company that operates the Conowingo dam, will restart the trucking of fish up the river and improve the elevators that lift them up the dam’s length. The goal is to have two million shad make it above all four dams, so that once again the Susquehanna has a shad season.

If shad ever do make a comeback as an American staple, the good news is that they’re pretty tasty, and their roe is supposed to be delicious. Apparently, it’s good with bacon.