Bad Habits That Make You Fat 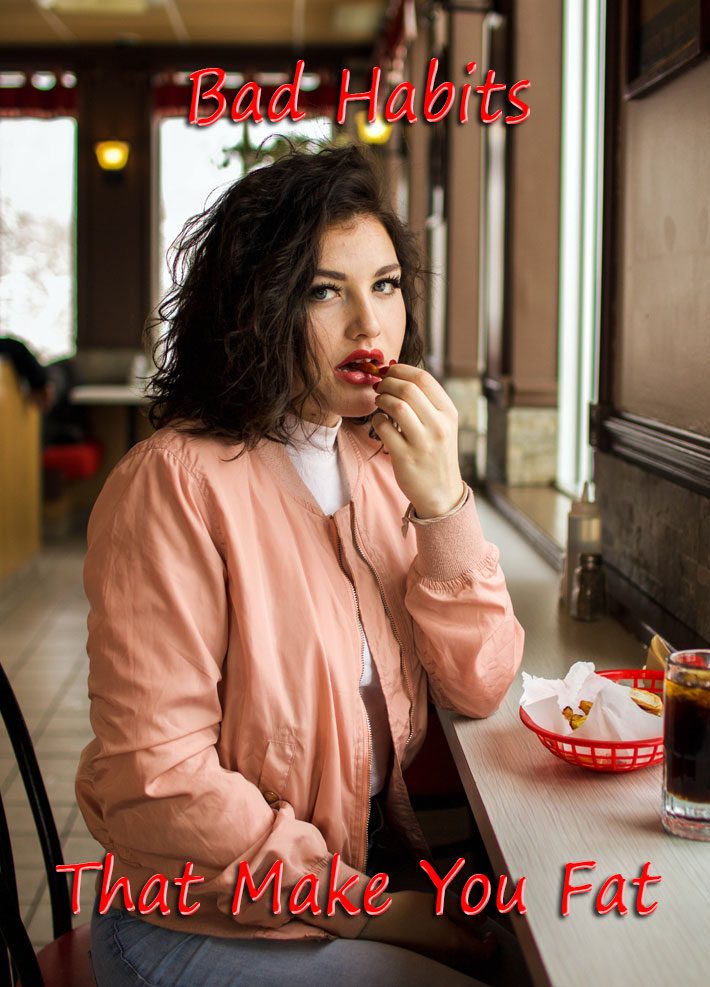 10 Bad Habits That Make You Fat

If losing weight were easy, more than two-thirds of Americans wouldn’t be overweight and the 64 billion dollar weight loss industry would probably be out of biz too. Unfortunately, the facts are indisputable: To most, a chili-cheese omelet is more delicious than an veggie egg-white omelet, French fries taste better than side salads and chicken is yummier when battered and fried.

On the other hand, being a healthy weight feels better than being overweight. And a healthy weight is a lot easier to accomplish when the right choices become second nature. In other words, weight-loss goals are more achievable when healthy choices turn into healthy habits. Here are 10 habits that can make you fat and are worth breaking.

Boy Scouts and healthy eaters have the same motto: Be prepared. Having a refrigerator and pantry stocked with the right foods — lean proteins, whole-grain carbohydrates, fruits, non-starchy vegetables and healthy fats — means you’ll be prepared to eat what you should when you should. Similarly, entering a restaurant armed with a plan will keep you on the right track when dining out.

Preparation also means knowing your cravings and having healthy alternatives on hand to curb them, says Molly Kimball, a nutrition writer and registered dietitian in New Orleans. If sweets are your weakness, for example, keep fresh fruits or single-serve, sugar-free pudding cups on hand to satisfy your sweet tooth without taking a huge caloric hit.

2. Coming Up Short On Water

“Fatigue is one of the first signs of mild dehydration,” Kimball said. “A lot of people misinterpret that sluggish feeling as hunger, and they eat to boost energy.”

The impact of hydration on weight loss, however, goes beyond the prevention of misinterpreted body messages. A study published in the November 2008 issue of “Obesity” showed a definite association between increased water intake and increased weight loss. In another study, its results presented at a meeting of the American Chemical Society, researchers from Virginia Tech confirmed that dieters who drink two 8-ounce glasses of water before their three daily meals lose about five pounds more than dieters who do not drink pre-meal water.

So how much water is the right amount? Kimball says the old “64 ounces a day” rule is too one-size-fits-all; different bodies need different amounts of water. She says a good guideline is to divide your weight in half and drink that number of ounces per day. So a 180-pounds. person would shoot for 90 ounces. Remember this: Protein helps keep our body satiated, as in — “No, I don’t need those extra fries, thanks. I’m already full.”

4. Overdoing It With Liquid Calories

Say yes to water, unsweetened tea or coffee and no to soda, juice and those beloved blended coffee drinks. Liquid calories also often come in the form of alcoholic beverages, and those should be limited, too. If you can’t do without, Kimball recommends sticking with wine, light beer, or liquor with a noncaloric mixer like water, club soda or diet soda. Women should limit alcohol consumption to one drink per day, and men should stop at two.

5. Not Getting Enough Zzz’s

You don’t even need to be conscious to work on losing weight. Getting the right amount of sleep seems to be a major factor in achieving and maintaining a healthy weight.

A study released in 2006 by researchers at Case Western Reserve University tracked the weight and sleeping habits of 68,000 women over 16 years. The women who reported sleeping five hours or less nightly weighed an average of 5.5 lbs. more than the women who slept seven hours or more at the start of the study.

The reason is hormones, specifically leptin and ghrelin. Separate studies conducted by the University of Chicago and Stanford University suggested that sleep deprivation causes a reduction in leptin levels, while also causing ghrelin levels to rise. High ghrelin stimulates the appetite, while low leptin makes you feel unsatisfied after eating, leaving you hungrier during your waking hours and, likely, heavier. It can be hard to make time for breakfast during the rush to get out the door in the morning, but if you’re trying to lose lose weight or keep it off, make the extra effort to fit it in. Breakfast kick-starts your metabolism, forcing it to begin burning calories.

The perfect breakfast combines complex carbohydrates with protein and a bit of healthy fat. Try two scrambled eggs with a slice of whole-grain toast, a cup of Greek yogurt with a handful of berries and chopped nuts stirred in, or a bowl of oatmeal topped with berries and a splash of skim milk with two slices of center-cut bacon on the side. If you’re usually in a rush in the morning, stock up on low-sugar protein bars and have breakfast during your morning commute.

7. Shopping (Mostly) In the Center Aisles

A good basic rule to follow at the grocery store is to do most of your shopping near the four walls.

“The perimeter of the grocery store is what you need to be eating,” said Nicole Wynne, staff dietitian at Women & Men’s Nutrition and Weight Control Centers of Louisiana. “It’s where you usually find the fresh produce, the meats and the dairy. In the middle aisles, you find more of the processed foods you want to avoid.”

Wynne said there are a few exceptions, namely in the freezer section with its frozen vegetables and no-sugar-added frozen fruits and berries, which are nutritious additions to smoothies, yogurt and oatmeal. You can also find nut butters, whole grains and some other healthy, less-processed foods in the middle. You want to lose weight, and you’ve been trying to maintain a healthy diet, but the pounds are not coming off. The problem may be that you’re eating more than you think. A food diary can be an effective solution.

“Write down everything that goes in your mouth,” says Wynne.

By doing this, you’ll get the full picture of your diet — it’s impossible to forget the handful of candy-coated chocolates you eat every time you pass your co-worker’s candy jar if it’s right there in black and white. Knowing you’ll have to write it down might make you reconsider that late-night bowl of ice cream. Also, once you’ve kept your diary for a while, you’ll probably begin to notice patterns — like a caloric uptick in the evenings and you can adjust accordingly.

You will not achieve your weight-loss goals easily through diet and cardio alone. A regimen that combines weight training and cardiovascular training optimizes the ability to shed pounds.

Studies have demonstrated a significant relationship between resistance training and weight loss. While both weightlifting and cardiovascular exercise burn calories and boost the metabolism, cardio only raises the metabolism during the exercise and for a short time after. Weightlifting, however, increases metabolism during the exercise and for a long time after. This “afterburn” – the continued burning of calories from lifting weights after the training session has ended – can last for hours, even days. 10. Throwing in the Towel

Cut yourself some slack. It’s one of the most important things you can do when you’re trying to lose weight. Missteps happen. You succumb to a craving and have an unhealthy lunch. Forgive yourself for it and get back to your plan right away.

“If you blow a meal, it is not a free pass to blow the rest of the day,” says Wynne.

Those who give up for the rest of the day, week, month or year due to a momentary setback will never achieve lasting weight loss. Mistakes happen, and the weight-loss battle is won and lost by how you respond to those mistakes. The best way to do it, Wynne says, is to forgive yourself for the lapse in willpower and move on at once, immediately resuming your healthy lifestyle.

The switch to a healthier lifestyle isn’t all about profound changes. Wynne suggests a few small fixes that can help lower the number on the scale. Use smaller, salad plates for meals. People feel the need to fill their plates so if you get smaller plates, you’ll eat less.

Put down your fork after every third bite. If you eat too fast, you may be full without realizing it. Eat more slowly, and you’ll likely find yourself eating less.

Increase activity outside of exercise. Boosting your heart rate and burning off calories does not have to be limited to official workouts. You can use up a few extra calories here and there by adding small amounts of physical activity to your everyday activities, like taking the stairs instead of the elevator, walking instead of driving when possible or taking your cart for a few extra laps around the grocery store when shopping.

Healthy Habits for a Healthy Life

If you see yourself in any of these 10 habits that make you fat, the best time to start changing them is right now. For every bad habit, there’s a good habit. And the only way to turn healthy choices into healthy habits is repetition. So start shedding your unhealthy habits, and you’ll be shedding pounds soon enough. 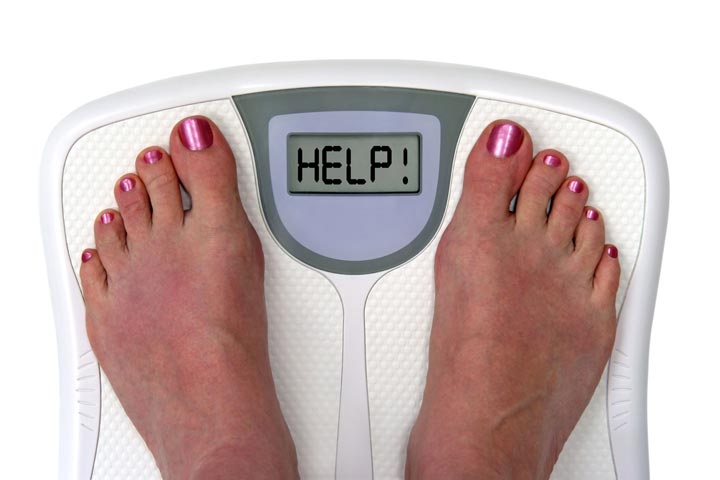 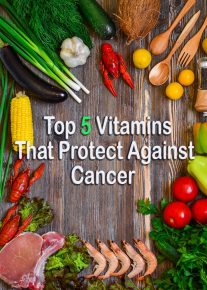 Top 5 Vitamins That Protect Against Cancer 4 years ago