Health Benefits of Having Pets 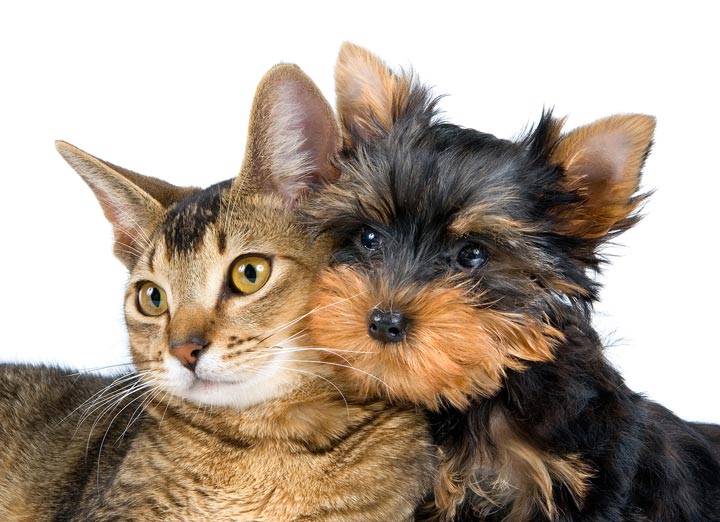 6 Health Benefits of Having Pets

About 65 percent of American households have pets, and we spend nearly $35 billion dollars a year on these companion animals. (Lucky dogs.) Our pets clearly have us wrapped around their little paws, but what do we get from them in return? There are the obvious answers–companionship, unconditional love, a best friend, some slipper-fetching. But there are also a number of unseen benefits with far-reaching effects: Pets are great for our health.

Pets can help us to heal emotionally, physically, and mentally, but scientists are also discovering that cats and dogs can help fight disease and assist us in coping with chronic conditions. They can have a biochemical impact on their owners’ body chemistry. Numerous medical experts have provided the results of scientific studies that support this biological basis for what we’ve felt intuitively. Here are some of the ways in which pets can have a positive effect on our health. Counterintuitive, at first, but it makes perfect sense. “The old thinking was that if your family had a pet, the children were more likely to become allergic to the pet. And if you came from an allergy-prone family, pets should be avoided,” says researcher James E. Gern, MD, a pediatrician at the University of Wisconsin-Madison, in the Journal of Allergy and Clinical Immunology. But a number of new studies suggest that kids growing up in a home with “furred animals”–which can include cats and dogs, as well as farm animals–will have less risk of allergies and asthma.

In his recent study, Gern analyzed the blood of babies immediately after birth and one year later. He was looking for evidence of an allergic reaction, immunity changes, and for reactions to bacteria in the environment. If a dog lived in the home, infants were less likely to show evidence of pet allergies. They also were less likely to have eczema; and they had higher levels of some immune system chemicals–a sign of stronger immune system activation. This one is kind of a no-brainer: a survey by Mindlab International found that 55 percent of people were more relaxed after spending time with their pets–44 percent were also less worried about specific problems such as job security and finance. Dr David Lewis, a psychologist at Mindlab said that “Interacting with a dog is a profound and effective stress reducer. It increases feelings of contentment and relaxation.”

One quarter of respondents described their dog as their best friend while one in six women said they confided their deepest thoughts only in their pets–and walking the dog was also found to be a more effective means of spending quality time with the family than even mealtimes or holidays. Researchers looked at nearly 4,500 adults and found that cat ownership was related to a 40 percent lower risk of suffering a fatal heart attack. The team speculated that having a cat may reduce stress and anxiety, and thus protect against cardiovascular disease. For example, the mere act of petting your cat can lower your blood pressure! A psychologist from Queen’s University, Belfast, said dog owners tended to have lower blood pressure and cholesterol. Writing in the British Journal of Health Psychology, she says that regular walks may partly explain the difference. Taking care of a dog can often leads to increases in physical activity and facilitates the development of social contacts, which may enhance both physiological and psychological human health. As well as lower blood pressure and cholesterol, dog-owners suffer fewer minor ailments and serious medical problems.

Some medical doctors recommend “pet prescriptions” to their patients who are alone and need companionship. That’s because physicians have discovered that a family pet can actually motivate some patients to give their best effort when dealing with serious illness such as cancer. Having a pet to care for and feed can stimulate ailing individuals to take better care of themselves.

According to a story published in The New York Times, research from the University of Missouri found that people who walk dogs are more consistent about regular exercise and show more improvement in fitness than people who walk with a human companion. In the 12-week study of 54 older adults, 35 people were assigned to a walking program for five days a week, while the remaining 19 served as a control group. Among the walkers, 23 selected a friend or spouse to serve as a regular walking partner, another 12 participants took a bus daily to a local animal shelter where they were assigned a dog to walk.

The researchers were surprised to find that the dog-walkers showed an impressive improvement in fitness, while the human walkers leaned towards making excuses to avoid the workout. Walking speed among the dog walkers increased by a whopping 28 percent, compared with just a 4 percent increase among the human walkers.

A University of Missouri-Columbia study showed that people who did not walk regularly could lose an average of 14 pounds in one year by walking a dog 20 minutes a day, 5 days a week!

Increase Your Strength With Weight Vest Training 6 years ago