How to take care of hamsters 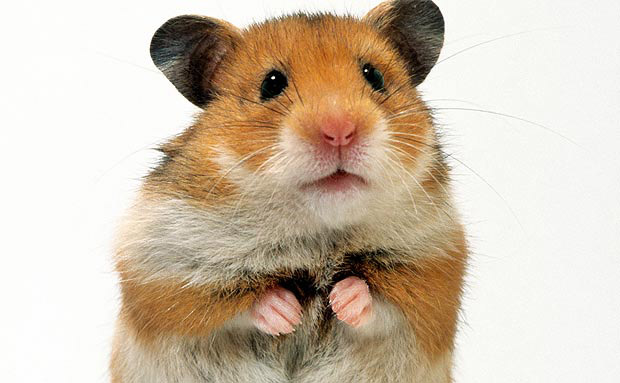 An essential introduction to hamster care

Hamsters can seem like a cute and cuddly option when you are looking for the perfect pet, but how much do you actually know about hamster care, and how should you prepare to welcome a hamster into your home?

In this guide to hamster care, we give you the essential info you need to get started as a hamster owner!

Choosing the right type of hamster for you

The most common type of hamster that people have as a pet is the Syrian hamster, which is also often referred to as the Golden hamster. This little rodent originally comes from the northern regions of Syria, and the south of Turkey. It is considered to be vulnerable as a wild species as its habitat is under threat from destruction by humans. There is no such threat to Syrian hamsters in captivity.

Much like people, different hamsters are suited to different situations and homes. So the first decision you need to make is what type of hamster you want, and which is best suited to you and your circumstances.

The first thing to remember about Syrian hamsters is that they should always be kept by themselves; they are very territorial and will fight with other hamsters.

Syrian hamsters are the largest of the captive hamster breeds and they are often the most popular as pets. They have a lively personality and can be really fun to watch and interact with. If you handle them from an early age Syrian hamsters can be trained well, if you have a little patience. They are generally slower paced than dwarf hamsters so they are easier to keep up with, especially during the training process.

The average lifespan for a Syrian hamster is 2 to 2.5 years, although like most animals, there are some individuals who live longer than this.

As an adult the average size of a Syrian hamster is 5.5 inches. Syrian hamsters are popular with novice hamster owners, and younger children, as they tend to be easier to handle and tame.

Dwarf hamsters are, as the name suggests, smaller than Syrian hamsters. They can normally be kept in a cage with other dwarf hamsters but you still need to check for any signs of upset or aggression, at which point they may need to be separated.

Russian dwarf, Winter White hamsters get their name from their ability to turn white in the winter months in their wild Russian habitat. In captivity they normally retain their dark grey colouring due to the presence of artificial heat and lighting. As well as dark grey you can also see Winter White dwarf hamsters with other colouring, such as marbled, sapphire, pearl and sapphire pearl. These cute little rodents have an average captive lifespan of between 1.5 and 2 years.

Campbell’s dwarf hamsters are the dwarf hamsters that are most often found in pet stores. In the wild they are found in China, Russia and in other areas of Central Asia. Their dark grey appearance is very similar to that of the Winter White, and they have a similar lifespan; averaging around 2 years.

Chinese dwarf hamsters are actually more correctly named simply Chinese hamsters, but they are often mistaken for a dwarf hamster because of their small stature and the dorsal stripe that they have in common with Winter White and Campbell’s dwarf hamsters. They have an average lifespan of 1.5 and 2 years.

It’s also possible to buy hybrid dwarf hamster which is a cross between Winter White and Campbell’s. This cross breeding is normally done to produce attractive colouring and is controversial, as hybrid dwarf hamsters have a tendency to develop health problems. For this reason it is best to avoid buying these tiny creatures.

Of the dwarf hamster varieties, Winter Whites and Campbell’s generally make the best pets as they are easier to train.

DIY – How to Make an Elevated Dog Feeder 4 years ago