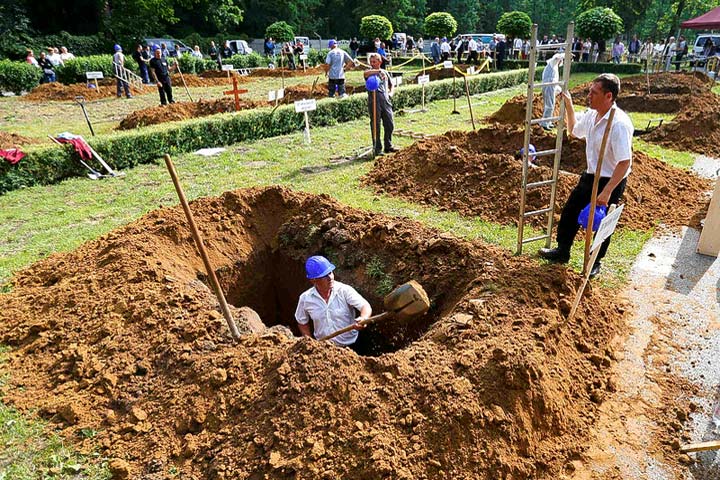 Dozens of gravediggers gathered in Hungary for the nation’s first ever national grave-digging competition to promote the occupation.

Participants competed in 18 two-person teams to dig graves 2 feet and 7 inches wide, 6 feet and 6 inches long and 5 feet and 3 inches deep, using tool such as shovels, rakes, axes and pickaxes.


Each set of contestants were judged not only on how quickly they were able to dig their graves, but also on the style of the mounds surrounding the completed graves. Contestants were also allowed to choose how they went about digging the graves, with some opting to dig at the same time, while others had one member dig as the other piled dirt along the gravesite.

The only restriction was allowing only one team member at a time to work in the grave after digging 3 feet and 3 inches down. The event was organized to draw young people to the profession of grave-digging as organizer Iren Kari said it was difficult to replace retiring employees.

“These men see death every day. Sometimes people joke about them while they work, but gravediggers are human, too,” he said. “A horror exhibit with the hangman, that’s morbid. This is a profession, and the colleagues who toil in contest today are proud and deserve our respect,” he said. “That’s what this contest is for, as well as qualifying for the finals.”


The fastest team completed the task in just over a half an hour.The winning teams earned the chance to participate in a regional contest in Slovakia in November. A team from Debrecen, where the event was held, utilized their familiarity with the area to dominate the competition.

Local gravedigger Laszlo Toth said he enjoys the job despite its morbid elements.

“The hardest part of the job is to deal with the mourners,” he said. “But it’s a good job, with good colleagues and a good environment.” 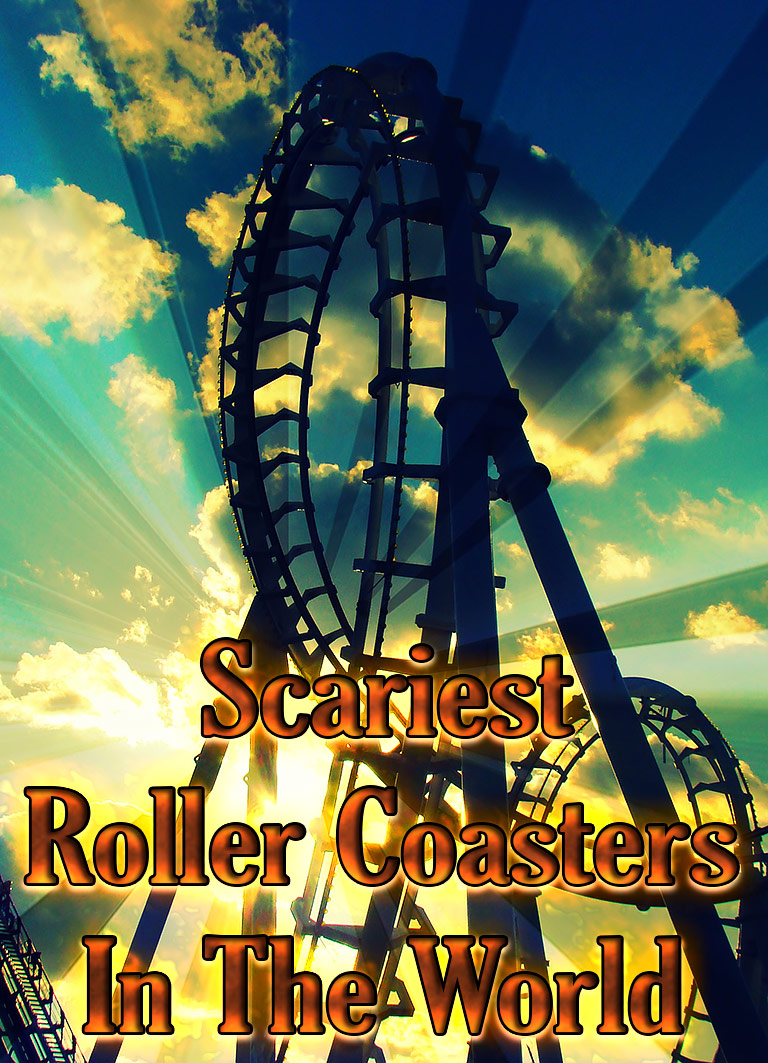 Scariest Roller Coasters In The World 5 years ago

Fabergé eggs – Mementos of a Doomed Dynasty 6 years ago