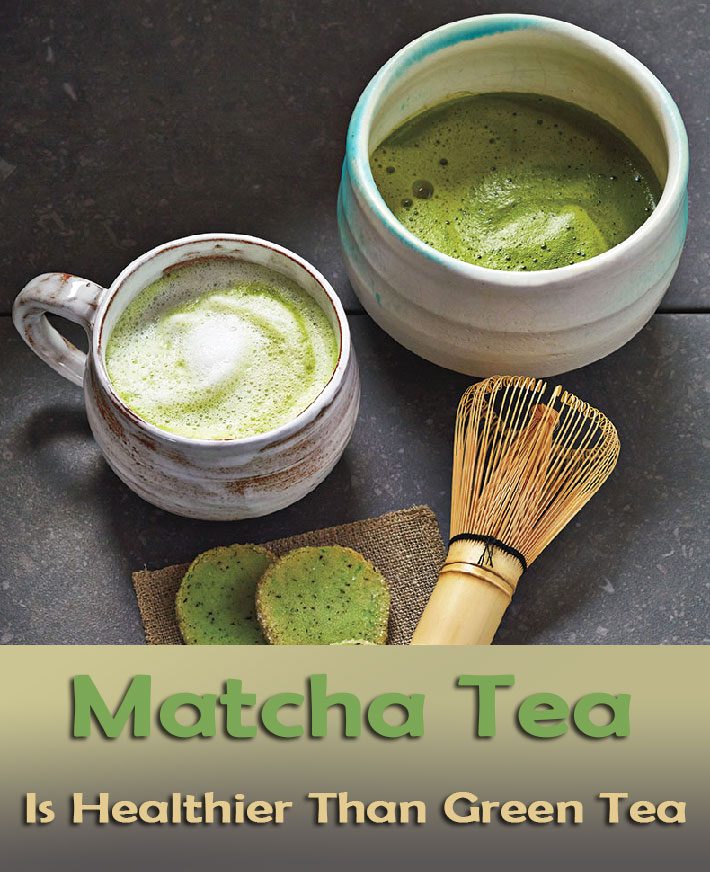 Green tea is one of the most popular drinks in the world. It has all sorts of health benefits, such as weight loss and improved heart health. One variety of green tea, matcha tea, is claimed to be even healthier than the other types.

It is grown and prepared differently than other green teas, and the whole tea leaf is consumed. But does matcha really live up to the hype? This article takes a detailed look at matcha green tea and its health effects.

Matcha and regular green tea both come from the Camellia sinensis plant, which is native to China. However, matcha is grown differently than regular green tea. The tea bushes are covered for about 20–30 days before harvest, to prevent direct sunlight. The shade stimulates an increase in chlorophyll levels, which turns the leaves into a darker shade of green and increases the production of amino acids. After harvesting, the stems and veins are removed from the leaves. They are then stone-ground into a fine, bright green powder, known as matcha.


Because the whole leaf powder is ingested, instead of just water infused through the tea leaves, matcha is even higher in some substances than green tea. This includes caffeine and antioxidants. One cup of matcha, made from half a teaspoon of powder, generally contains about 35 mg of caffeine. This is slightly more than a cup of regular green tea.

Matcha can have a grassy and bitter taste, and is often served with a sweetener or milk. Matcha powder is also popular in smoothies and baking.

How Is Matcha Tea Prepared?

Matcha tea is prepared differently than regular green tea. Regular tea is made from soaked leaves, while matcha is made from ground, whole leaves. It is usually prepared the traditional Japanese way. The tea is measured with a bamboo spoon, called a shashaku, into a heated tea bowl, known as a chawan.

Hot water (about 70°C) is then added to the bowl. The tea is whisked with a special bamboo whisk, called a chasen, until it becomes smooth with froth on top. Matcha tea can be prepared in several consistencies:

Watch this video to see a quick 1-minute demonstration of how to make matcha:

However, keep in mind that you don’t actually need all this fancy stuff to make a good cup of matcha. A cup, teaspoon and small whisk will do just fine.

Since matcha is simply a variety of green tea, it has most of the same health benefits. However, since matcha is more concentrated in antioxidants, a single cup of matcha may be equivalent to about 3 cups of regular green tea.

There haven’t been many human studies on matcha specifically, but animal studies suggest that it may reduce the risk of kidney and liver damage while lowering blood sugar, triglyceride and cholesterol levels. Matcha also seems to be more effective than regular green tea at fighting bacteria, viruses and fungi.

Matcha is Packed with Antioxidants

Dietary antioxidants prevent free radicals from forming in your body, which protects cells and tissues from damage. Matcha is very high in antioxidants, especially catechins. The most powerful catechin in it is epigallocatechin gallate (EGCG). Drinking Matcha May Reduce the Risk of Heart Disease

Studies have actually shown that green tea drinkers have up to a 31% lower risk of heart disease than people who don’t drink green tea. This is mainly attributed to the antioxidants and plant compounds in green tea, which are found in even higher amounts in matcha tea.

Green tea has often been associated with weight loss. In fact, it is a common ingredient in many weight loss supplements. Human studies have shown that green tea is able to increase total calories burned by increasing the metabolic rate. It has also been shown to increase selective fat burning by up to 17%.

However, keep in mind that drinking green tea is only a very small piece of the weight loss puzzle, and not all studies agree that it helps. A recent review study concluded that the weight loss effects of green tea are so small that they are not of “clinical” importance.

Drinking Matcha May Help with Relaxation and Alertness

In addition to being a great source of antioxidants, green tea contains a unique amino acid called L-theanine. Matcha tea actually contains much higher levels of L-theanine than other types of green tea.

In humans, L-theanine may increase so-called alpha waves in the brain. These waves are linked to mental relaxation, and may help fight stress signals. L-theanine also modifies the effects of caffeine in the body, increasing alertness without causing the drowsiness that often follows coffee drinking. Matcha tea has actually been reported to have a milder and longer-lasting “buzz” than coffee. L-theanine can also increase the amount of feel-good chemicals in the brain, leading to improved mood, memory and concentration.

Furthermore, studies have shown that powdered green tea may improve brain function and reduce age-related cognitive decline in the elderly. Are There any Adverse Effects?

Everything in nutrition has its pros and cons. Matcha is no exception. Because matcha is highly concentrated in substances (both good and bad), it is generally not recommended to drink more than two cups per day.

By consuming matcha powder, you are actually ingesting the whole tea leaf — along with everything it contains. Matcha leaves may have contaminants from the soil that they grow in, including heavy metals, pesticides and fluoride.

Using organic matcha may reduce the risk of exposure, but the soil may still contain substances that are harmful in large amounts.

Too Many Plant Compounds

In nutrition, more is not always better. Matcha contains about 3 times more antioxidants than high-quality regular green tea. What this means is that two cups of matcha may provide equal amounts of plant compounds as six whole cups of other high-quality green teas.

While individual tolerance varies, high levels of the plant compounds found in matcha may cause nausea and symptoms of liver or kidney toxicity. Some individuals have shown signs of liver toxicity after consuming just 6 cups of green tea daily for 4 months, equaling about 2 daily cups of matcha.

Matcha is a special, powerful form of green tea. It comes from the same plant, but is grown and prepared very differently. Since the leaves are ground into powder, you end up consuming the whole leaf. For this reason, matcha tea may have even more benefits than regular green tea. 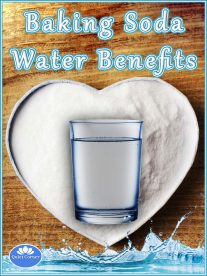 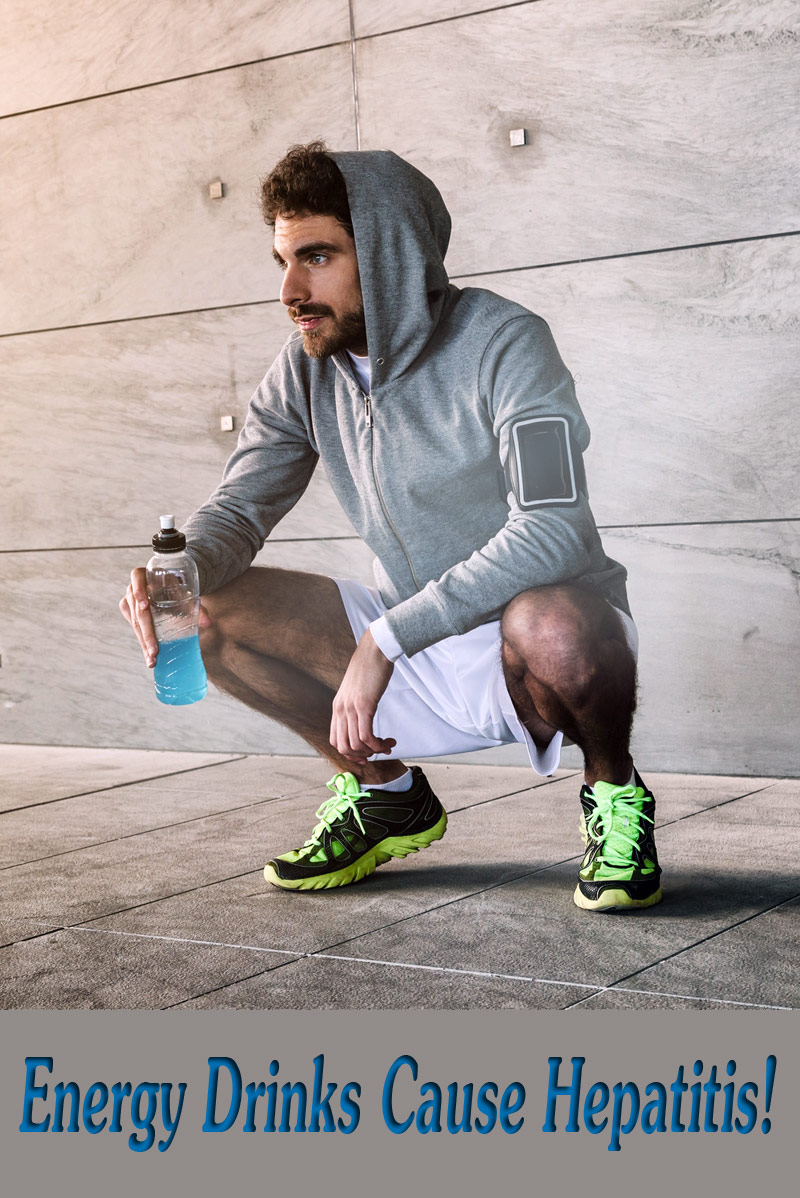 Warning – Too Many Energy Drinks Can Cause Hepatitis! 4 years ago