What is Kosher Salt? 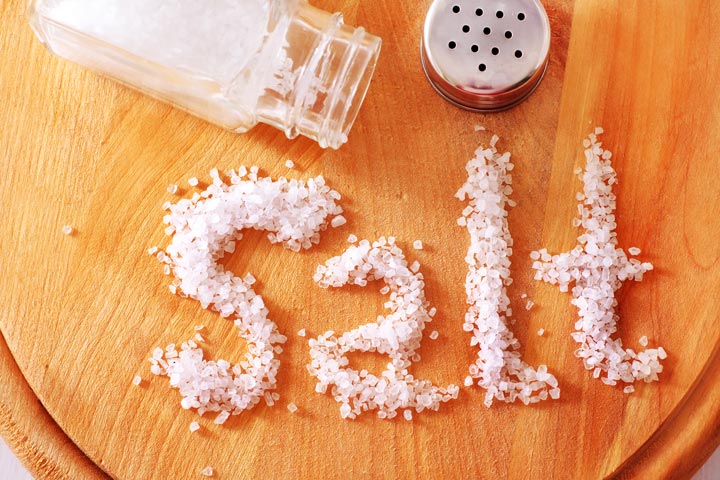 What is Kosher Salt?

Kosher salt is based on the same chemicals as regular salt (sodium chloride) but is generally sold in with a larger grain size and is usually non iodized (does not contain iodine). In addition to not containing iodine, kosher salt is typically sold without any types of additives; however, some brands are sold with a minimal amount of chemicals for purposes such as anti-sticking.

Although many people believe that Kosher Salt gets its name from being “kosher” according to the Torah (part of the Jewish Bible), the name actually comes from it’s use in the preperation of kosher meats. The salt is used to help remove blood from the surface of the butchered meat by absorbing the fluids before being washed off the meat and carrying away the blood. Occasionally, differences may be made between “kosher salt” and “koshering salt”. Kosher salt has been approved by a certain religious authority, while koshering salt is what is used in the preperation of kosher meats.

In use for food preperation and consuming, kosher salt can be used in nearly every single application that regular table salt can be used for. One possible exception is in recipes where the salt does not come in contact with very much liquid and you desire the salt to dissolve. Since kosher salt generally comes in larger flakes you may find that in these cases the salt is not dissolved and instead remains in clumps. Some people prefer this in different types of food, the result can be appetizing if used correctly. However, it rarely works well in baking – take care to use the correct salt when making breads, pastries, and other low moisture baked goods.

Kosher salt is excellent when used in recipes that call for a crust of salt or even in drinks such as the margarita, where it is traditional to line to rim of the drinking glass with a “crust” of salt.

In terms of its characteristics, most kosher salts have a lighter and flakier body that is prized by chefs and others who enjoy the different texture and taste when compared to regular iodized table salt. For those who enjoy the crunch of salt in their food but also like the taste and how quickly it dissolves kosher salt is the choice for many recipes.

Because of the various meanings of kosher salt it is important to understand what you are looking for before buying. Depending on the salt being sold, it can kosher certified, kosher salt, koshering salt, or a combination of all of these. 5 Foods That Turn Into Belly Fat 6 years ago
← Should You Go on a Raw Food Diet
Build Muscle, Lose Fat And Become A Better Athlete →