10 Facts You May Not Have Known About Salt 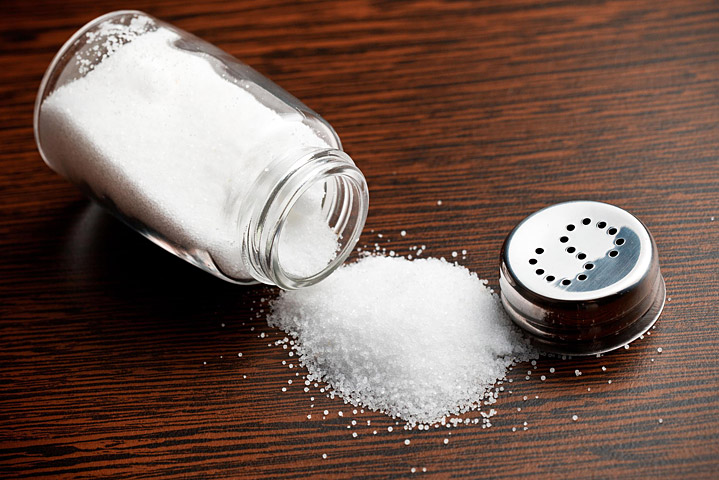 We all know that too much salt is bad for our health and that many of us still do eat way too much of the stuff, but did you know that you couldn’t live without salt and that it is the world’s oldest food flavoring? Salt was very highly valued in the ancient world. So much so, that very first great Roman road was built so that salt could be transported from the Adriatic Sea to Rome. So, if you are bored being told not to put so much salt on your French fries, read on, and we’ll tell you ten facts about salt that probably didn’t know.

1. The word “salary” is derived from the need for salt

Salt was so valuable in the ancient world that the very word for our monthly pay check is a reference to our need to buy salt. The word “salary” is derived from the Latin word “salārium”, which was the payment that Roman soldiers received so that they had money to buy salt.

2. More salt is spread on the roads than we use in our food Most of the salt that is extracted from sea water or mined from the ground is used for industrial purposes and never gets anywhere near food. In fact, in the US, only 6% of all salt is used in food and 15% of all salt production is spread on the roads during winter to keep them clear of ice.

3. Why spilling salt is thought to be unlucky

The superstition of believing that spilling salt will be bring bad luck is thought to have originated from the painting “The Last Supper” by Leonardo da Vinci. In the famous painting, Judas Iscariot, the man who betrayed Jesus and who then hung himself, can be seen knocking over what appears to be a container of salt. Throwing salt to ward of bad luck originated from the idea that you are throwing salt into the eye of the devil.

4. Salt can kill you

If you were to consume a gram of salt for every kilogram of your body weight, the salt would kill you. In ancient China, eating a pound of salt was the preferred method of suicide amongst the nobility. Salt was so expensive in China in those days, it was only the nobility who could afford to buy enough salt to kill themselves with it. Unlike refined salt, which has had a lot of what is good for you taken out of it, the best quality sea salt will contain many of the minerals that you need for body to function healthily. The very best sea salt will be slightly damp and that dampness should be from the sea water that the salt was extracted from.

6. Salty potato chips were invented by an angry cook

In 1853, a customer kept sending his fried potatoes back, complaining that they were too soggy. The exasperated cook tried to get his revenge by slicing the potatoes as thinly as he could, deep frying until they turned brown and crispy, and smothering them with salt. The customer loved the crispy deep fried potatoes so much, he told all his friends, and the modern salty potato chip was born.

7. There is hotel in Bolivia made entirely out of salt There is a hotel in Bolivia that has taken the idea of using local resources to a new extreme. The Palacio de Sal resort, which is built on the edge of a salt plain, was built entirely out of compressed blocks of salt. They didn’t stop there, though; the chairs, tables, beds, and even the swimming pool are also all made of locally sourced salt.

8. You can’t drink sea water, but you can drink water from sea ice

Here’s a handy tip to remember, just in case you ever get marooned on an iceberg! Drinking seawater will kill you, because it has too much salt in it, but, if you melt down some seawater ice, it is perfectly safe to drink. When water freezes, the ice molecules cannot hold onto the salt, so frozen seawater only contains one tenth of the salt than seawater itself does.

9. A salt mine once swallowed a drilling rig and eleven barges whole

It’s true! In 1980, a Texaco oil drilling operation in Lake Peigneur, Louisiana, accidently drilled straight through into a salt mine lying underneath. The resulting whirlpool, created as the water escaped from the lake into the mine, sucked down the oil rig, 11 barges, and so much water that the flow of a river, which usually flowed out of the lake, was reversed. The once freshwater lake is now a much smaller salt water lake.

10. Salt was more expensive than beer on the American frontier

Salt was an extremely expensive commodity in the early 1800s on the American Frontier and it was four times more expensive as beer was. Part of the reason for this is that livestock can’t get enough salt from their diet of grass and so they had to be given salt to keep them alive. That’s also why animals flock to salt licks in the wild.

Ecovative Company Makes Packaging Out Of Mushrooms 5 years ago