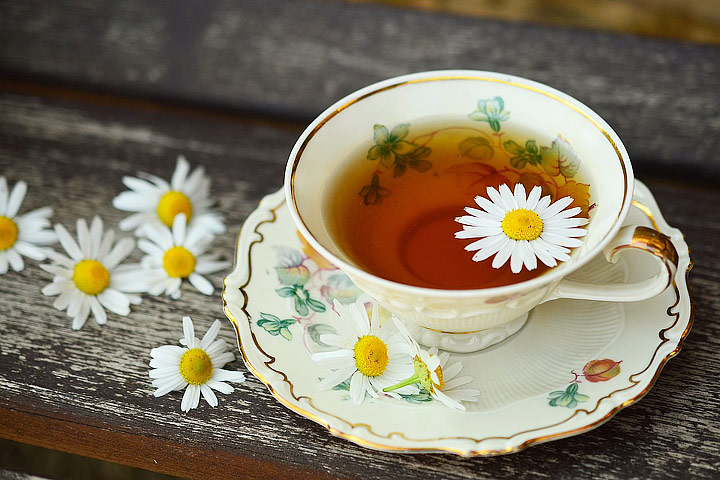 Everyone knows that tea is amazingly good for you. It can regulate your blood sugar levels, balance your hormones and help you sleep soundly at night. Did you know, though, that tea is the second most popular drink on the planet and it’s only beaten into first place by water?

Here is our list of interesting  facts about tea:

1. It was discovered by an Emperor

Chinese legend tells us that Emperor Shen Nong first discovered tea in 2737 B.C., when leaves from the tea bushes fell into water his servants were boiling to purify. It was at first considered a tonic, however, and used for medicinal purposes only.

2. It was stolen by the British from China 3. Russians invented samovar because of tea

Tea in Russia has historically been prepared in a samovar, a heated metal container. The samovar keeps water hot for hours. With the invention of samovar , tea is becoming Russian national drink.  Previously tea was considered a luxury, and Russian tea ceremony was called “Merchant”.

4. Iced tea was invented in a heatwave

America had its first taste of iced tea in 1904, at the World’s Fair in St. Louis. A tea merchant named Richard Blechynden was trying in vain to get people to try his tea in the sweltering heat of a heat wave. In a final effort to tempt people into tasting his tea, Blechynden dumped a bucket of ice into his tea and, lo and behold, iced tea was born and became popular.

5. It can repair cells in the body

Contrary to popular belief, it’s not only green teas that contain high levels of antioxidants, black teas do as well. Black tea contains polyphenols, which can help our bodies fight cancer, cardiovascular disease, diabetes and other illnesses. 6. The teabag was invented by accident

Using teabags is the most popular way of making tea today, but the whole idea of teabags came about completely by accident. In 1904, American tea merchant Thomas Sullivan sent out samples of his tea in silk pouches. Not realising that they were supposed to empty the tea out of the teabags first, customers just put the whole bag into boiling water. When he found out, Sullivan capitalised on this mistake and began selling his tea in teabags.

7. The biggest tea drinking country in the world is the United Arab Emirates

Around three billion cups of teas are consumed throughout the world every single year, but the biggest tea drinkers of all are the people of the United Aran Emirates. Citizens of the UAE get through a staggering 14 pounds each year.

8. Where the word tea comes from

If you ever wondered why it’s called tea, then here is the answer. The word originates from the Chinese word ‘T’e’, which is the Amoy dialect word for the plant that tea comes from. In mandarin, the same plant is called ‘ch’a’, which is where that words chai and cha come from.

9. The most expensive tea in the world will cost you about $200 per cup

In the mountains of Ya’An, which are in the Sichuan province of China, a unique type of tea is grown that will set you back about $200 for one cup. The tea is said to be so special because it is fertilised with panda poop, which is extremely high in nutrients, as well as being rather rare. 10. It can boost your brain power

There is an ingredient in tea, called L-theanine’, that has remarkable effects on the mind. It relaxes the brain, which is why drinking tea can be good for reducing stress, and it also sharpens the mind and boosts the memory, but it doesn’t make you sleepy. That’s why drinking tea when you are working late would be much better for you than drinking coffee.

11. A lot of effort goes into growing your tea

Tea does grow in the wild, but most of the tea that we drink is farmed. It takes around 2,000 individual leaves to make just a single pound of tea and each bush needs up to 3 years of growth before its leaves can be harvested.

Because of the high levels of antioxidants, you are unlikely to have the same caffeine highs and lows that you will get coffee, because the antioxidants regulate the body’s absorption of the caffeine. Once brewed, a cup of tea contains only about a third of the caffeine that a cup of coffee does, depending on how strong you make your drinks.

Thanks for sharing this!
← Benefits Of Organic Farming Over Conventional Farming
The Ultimate Detox Tool- Discover 3 Powerful Water Detox Methods →