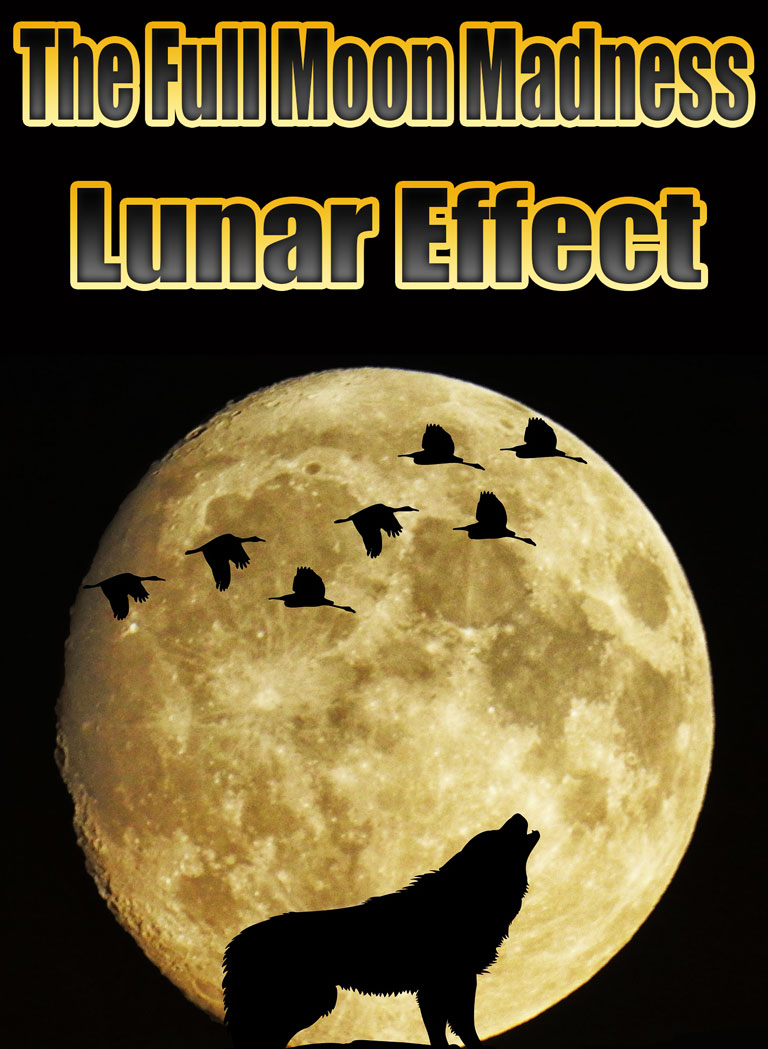 Have you ever heard that people go crazy during a full Moon? What’s going on to cause all this lunacy? Or maybe, just maybe, it’s all a myth and nothing special ever happens during full moons.

If I went crazy, like real actual cluster-cuss crazy, you might call me a lunatic. Or you might say I suffered from lunacy. What does that even mean? This word comes from lunaticus, meaning “of the moon” or moonstruck. It was more popular during the late 1800’s, yet it still hangs around.

Surely it must still be an important and useful diagnostic medical term. As when the Moon is full, everyone goes crazy. It’s called the lunar effect. Everyone knows that. Right?

How the Moon Affects our Bodies?

People have theorized for thousands of years that the Moon has all kinds of impacts on us. It affects fertility, crime rates, dog attacks, and increases blood loss during surgery. It must be a full Moon, they say.

Full moon tomorrow night! All the crazies will be out! they say. So what causes all this full moon madness? What makes us sprout metaphorical canines and race around in a fugue state hungry for man-flesh when the moon is full? Are we experiencing tidal forces from the Moon on our internal organ juices? Is it a result of us evolving lockstep with the lunar cycle? Perhaps the light coming from the Moon affects our visual cortex in a way to stimulate the animalistic parts of the brain?

It has been with us for so long as a belief, there must be something to it. Right? Nope, it’s all a myth. All of it.

The Full Moon and Tides

Tidal effects on behavior aren’t happening. We experience two high and two low tides every day, and it has nothing to do with the phase of the Moon. In fact, your body experiences more gravity from your chair than it does from the Moon. If the motion of blood was somehow that reactive, should you step into a full elevator everyone would pass out with all the blood rushing to their extremities pulled by your gravity.

In 1985, a team of scientists did a meta study, looking at 37 separate research papers that attempted to study the Moon’s impact on all aspects of humanity. They found papers that demonstrated a correlation, and then promptly found the mistakes in the research. They found absolutely no evidence. We don’t get into more car accidents. Hospital rooms aren’t more crowded. Werewolves aren’t apparently a thing. We do notice the coincidences, when something strange occurs and there happens to be a full Moon. But we don’t notice all the times when there wasn’t a full Moon.

So, where did this idea come from? Historians suspect it’s possible that the brightness of a full moon disturbed people’s sleep schedules. I’m partial to the idea that in history, the full Moon was a high time for people to be active at night, favoring work or travel by the light of the full moon. So, perhaps there were more accidents. But not any more. People are superstitious about mundane things like black cats, ladders and broken mirrors, it’s not surprising they’re superstitious about our beautiful and bright companion prettying up the sky almost every night.

Why Do People Make New Year’s Resolutions? 1 year ago

Top 10 Stinkiest Cheeses in the World 4 years ago