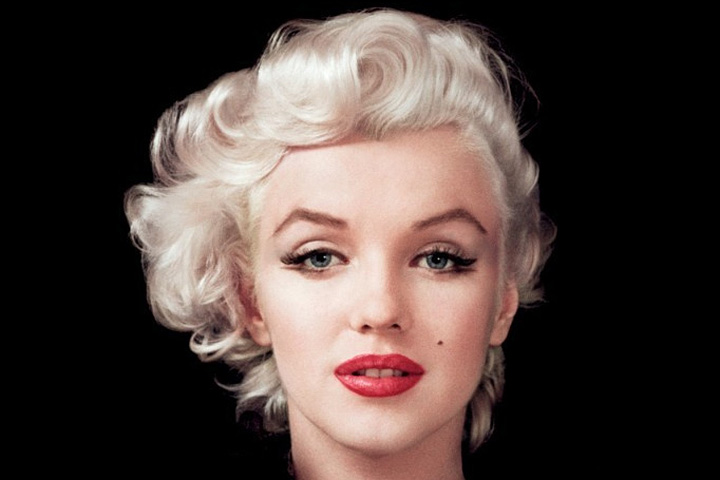 Born as Norma Jeane Mortenson 1stJune, 1926, the movie star and symbol of ultimate beauty, Marilyn Monroe, began her career as a model, before embarking on a movie career in 1946. She had several minor roles including appearances in ‘All about Eve’ and the ‘Asphalt Jungle’ in 1950, which got the attention that she needed to propel her on to lead roles in ‘Don’t Bother to knock in 1952’ and ‘Niagara’ in 1953. Her famous ‘dumb blonde’ persona was used to great effect in a number of films until her untimely death from an overdose of barbiturates in 1962. The dumb blonde act was though, exactly that – an act. Marilyn Monroe was actually extremely intelligent, she had an IQ of 168, and the actress hated the dumb blonde image that she had developed. That’s only the first of the things that you may not have known about Marilyn Monroe, so read on to find more surprising facts about the archetypal dumb blonde of the fifties:

Even though she was famous for singing the song ‘Diamonds Are a Girl’s best Friend’, she wasn’t a fan of expensive jewelry. All of her jewelry was in fact costume jewelry with the sole exception of a string of pearls and a diamond ring given to her by Joe DiMaggio, her second husband.

2. She had a facial hair problem

Marilyn Monroe had quite a heavy fuzz beard on her a chin, but she refused to remove it. It turned out to be quite useful in her acting career as it meant that the film studios didn’t have to resort to any special effects to get that soft glow to her face that was all the rage back then.

3. She had a stammer

Monroe had a stutter all the way through her childhood and into her teens, but it disappeared, later on in her life. It returned later in her life during the filming of her final movie, ‘Something’s Got to Give’, because of the stress she was under at the time.

4. Her dresses are worth millions

Her famous dresses are now worth fortunes. The skin tight dress that she wore when she sung happy birthday song to John F. Kennedy sold for over one million dollars in 1999 and her white dress from the movie ‘The Seven Year Itch’, sold for a staggering 4.6 million in 2011.

5. She made Ella Fitzgerald a star

Initially, Ella Fitzgerald could not get a booking at the Hollywood nightclub, Mocambo, because she was black. Marilyn Monroe stepped in to help and told the nightclub club owner that, if he booked Ella Fitzgerald to play there, then Monroe would be on a front row table every night to watch. Monroe was as good, as her word, and Ella Fitzgerald was catapulted into the limelight. Despite all the acclaim that she received for her acting abilities, Marilyn Monroe never received an Academy Nomination. She did however win a Golden Globe for her role of Sugar Kane in ‘Some Like it Hot’.

7. She only got $50 for her nude photographs

Marilyn Monroe was only paid fifty dollars for the famous nude photographs that appeared in Playboy magazine. They were originally taken in 1949 by photographer Tom Kelley and were to be used in a calendar. Hugh Heffner bought the photographs years later for $500 and used them in the inaugural issue of Playboy Magazine, and he went on to make millions of dollars from the photographs.

Before her death, Monroe made her husband, Joe DiMaggio, promise that he would leave flowers on her grave every week, if she died. He kept that promise for twenty years and half a dozen roses were delivered to her crypt. Three times a week.

9. She had plastic surgery

It emerged recently that Marilyn Monroe had plastic surgery. Medical records, which were sold at auction for $25,600, indicated that she had work done on her chin and possibly on her nose.

10. She did not have a happy childhood

As a child, Marilyn Monroe’s mother, Gladys, was institutionalized and the then Norma Jeane, lived an orphanage and had eleven different sets of foster parents. 11. Marilyn Monroe had an IQ of 168, higher than Albert Einstein.

The results of IQ tests achieved by Stephen Hawking and Bill Gates were also lower than Monroe’s – only 160. By the way, Albert Einstein once gave to Marilyn his own autographed photo she treasured very much.

In literature she proffered Dostoevsky, Shaw, Salinger, Hemingway, Wolfe, Tolstoy, Twain etc. The blonde was not “dumb” at all.

13. She desperately wanted to be a mother

She dreamt to become a mother when was married with Arthur Miller, but, unfortunately her attempts resulted in an ectopic pregnancy and a miscarriage.

14. Frank Sinatra gave Marilyn a Maltese terrier following her breakup with Arthur Miller to console her.

The dog was named Mafia Honey (shortly Maf), he spent with Marilyn final two years of her life.

15. Many people committed suicide when heard of her death.

According to the report of the NY Times, suicides in the city skyrocketed and reached the record high of daily twelve. Some victims explained in their suicide notes – if the most wonderful and beautiful woman in the world had nothing to live for they had even less reasons to live.