8 Amazing Kids Who Have Changed Our World 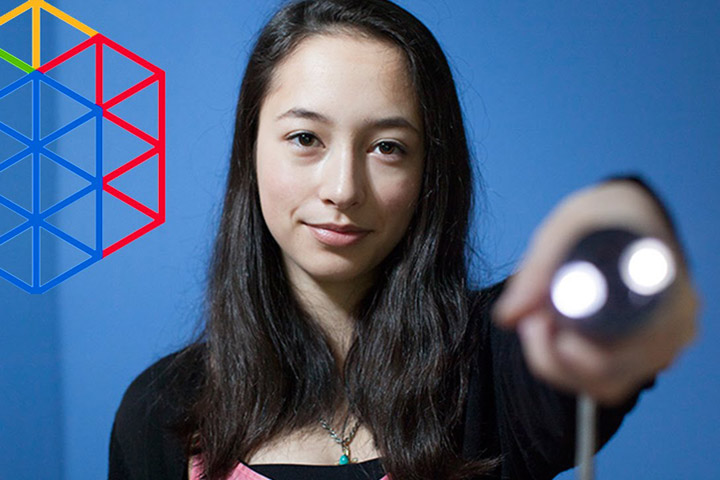 Reality television and social media make oversharing a rite of passage in modern life, yet sometimes the important moments get lost in the cacophony.

Take for example these child visionaries — boys and girls who have changed our world through their good actions or examples. Some have mobilized millions for a good cause. Others have moved us simply by their generous and hopeful view of humanity. Here are eight young people who have made an impressive mark on our world. At the ripe age of 9, Dylan Mahalingam co-founded Lil’ MDGs, a nonprofit international development and youth empowerment organization and an initiative of Jayme’s Fund.Lil’ MDGs mission is to leverage the power of the digital media to engage children in the United Nations Millennium Development Goals (MDGs). His organization has mobilized more than 3 million children around the globe to work on a variety of issues, with more than 24,000 regular volunteers hailing from 41 countries.Dylan is a youth speaker for the United Nations as well as a chief strategist and project ambassador for Under the Acacia. Alexandra “Alex” Scott was born in Connecticut in 1996, and was diagnosed with neuroblastoma, a type of childhood cancer, shortly before she turned 1. In 2000, just after turning 4 years old, she informed her mother she wanted to start a lemonade stand to raise money for doctors to “help other kids, like they helped me.” Her first lemonade stand raised $2,000 and led to the creation of the Alex’s Lemonade Stand Foundation. Alex continued her lemonade stands throughout her life, ultimately raising over $1 million toward cancer research. She passed away in August 2004 at the age of 8. Today, Alex’s Lemonade Stand sponsors a national fundraising weekend every June called Lemonade Days. Each year, as many as 10,000 volunteers at more than 2,000 Alex’s Lemonade Stands around the nation make a difference for children with cancer. In 1998, 6-year-old Ryan Hreljac was shocked to learn that children in Africa had to walk many kilometers every day just to fetch water. Ryan decided he needed to build a well for a village in Africa. By doing household chores and public speaking on clean water issues, Ryan’s first well was built in 1999 at the Angolo Primary School in a northern Ugandan village. Ryan’s determination led to Ryan’s Well Foundation, which has completed 667 projects in 16 countries, bringing access to clean water and sanitation to more than 714,000 people. In 2008, 9-year-old Katie Stagliano brought a tiny cabbage seedling home from school as part of the Bonnie Plants Third Grade Cabbage Program. As she cared for her cabbage, it grew to 40 pounds. Katie donated her cabbage to a soup kitchen where it helped to feed more than 275 people. Moved by the experience of seeing how many people could benefit from the donation of fresh produce to soup kitchens, Katie decided to start vegetable gardens and donate the harvest to help feed people in need. Today, Katie’s Krops donates thousands of pounds of fresh produce from numerous gardens to organizations that help people in need. In 1999, 17-year-old Divine Bradley decided to start a community center for his underserviced Canarsie, Brooklyn neighborhood. After noticing that there were few positive opportunities for youth after school, Divine connected with the community’s youth and began plans for a center to provide an outlet for creative expression. In 2000, the nonprofit organization Team Revolution was created. By 2002, Team Revolution had raised $25,000, which Divine used to convert half of his parents’ home into a community center. Today, Team Revolution is focused on reaching out to children virtually, creating the next generation of community leaders and social entrepreneurs and an empowering educational environment for people in disadvantaged communities. Anne Frank is perhaps the most well-known Jewish victim of the Nazi Holocaust of World War II. Frank, born June 12, 1929, was given a diary at the age of 13, in which she chronicled her life from 1942 to 1944. During this time, Anne spent two years in hiding with her family in Nazi-occupied Amsterdam in a secret annex with four other Jews. Betrayed and discovered in 1944, Anne was sent to the Bergen-Belsen concentration camp, where she died of typhus in 1945. Anne’s father, Otto Frank, was the only occupant of the secret annex to survive the war. In 1947, he published Anne’s diary as “The Diary of a Young Girl.” Anne’s account of her interment, as well as her deep belief in the good of humanity in the light of atrocities, has become one of the world’s most widely read books. It is a testament to tremendous grace possible within the human spirit. The video below, shot July 22, 1941, shows the only time Anne Frank has ever been captured on film. The Anne Frank House provided this film footage thanks to the cooperation of the couple. Louis Braille was born in 1809 on Coupvray, France. At the age of 3, an eye injury left him blind. Studying at the Royal Institute for Blind Youth in Paris, Louis invented a system of reading and writing for the blind involving raised dots, which today is known as Braille. At age 19, Braille became a full-time teacher at the Royal Institute, where he remained until his death at age 43. Today, Braille is a universally used tactile method of writing and reading for the blind.Studies have shown that congenitally legally blind adults “who learned to read using Braille had higher employment rates and educational levels, were more financially self-sufficient, and spent more time reading than did those who learned to read using print.” Rosa Parks is credited with starting the civil rights movement in Montgomery, Ala., in 1955 when she refused to give up her seat on a segregated bus. But a 15-year-old African-American girl named Claudette Colvin had refused to relinquish her seat nine months before Rosa Parks did the same. Arrested in 1955, Claudette was a student at Booker T. Washington High School who often took the bus to school. Ultimately, she challenged this law in court in Browder v. Gayle, where “a federal court suit involving Colvin eventually led to a Supreme Court order that outlawed segregated buses.” Today Colvin is a retiree who lives in the Bronx, N.Y.