How to Care Fiddler Crabs 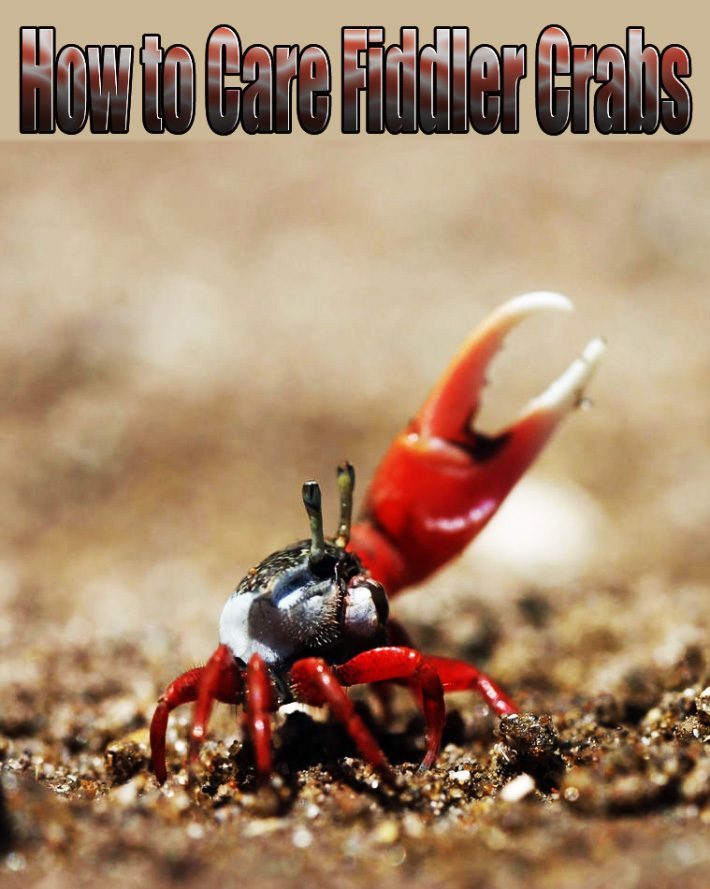 The Fiddler Crab is a fascinating crustacean known widely as a wonderful “alternative” pet.

The group of crabs known as fiddler crabs actually encompasses over 90 species and subspecies of the genus Uca that come from a variety of locations. Males and females are quite easily distinguished by their claws – the females have small claws, but the males have one very large claw .

The largest fiddler crabs only reach a mature size of about 2 inches across their body. Fiddler crabs can be found on ocean beaches in the inter-tidal zone, retreating to muddy burrows as the tide goes out (so are exposed to water that ranges from brackish to salt water), while other species are found in brackish water swamps.

Fiddler crabs are scavengers, feeding on organic matter that they find on the surface of rocks and in the mud. The fiddler crabs found in pet stores are most likely semi-terrestrial brackish crabs, which means they need some salt in their water as well as access to air and dry land. Unfortunately, many pet stores keep fiddlers in a freshwater aquatic set up, and recommend the same to new owners. They may do fine in a fresh water and fully aquatic set up for weeks, but will eventually become weak and die. If possible, find a store that keeps them in brackish water, or wait for a new shipment so their time spent in fresh water is minimal. Look for crabs that are active and have all their legs and claws.

Because most of these crabs are naturally from brackish waters, most experts recommend putting salt (get aquarium salt from the pet store; never use table salt) in the water. The ideal amount of salt to add is controversial, but it is probably best to get a hydrometer and add enough salt to the water to attain a specific gravity of around 1.005 – 1.010. Hydrometers are not all that expensive and can be found at pet stores and also home brewing shops. Alternatively, your package of aquarium salt may have instructions for producing brackish water conditions. It is okay to vary the salt concentration/specific gravity slightly as these crabs would naturally experience some variations in salinity. Some provision should be made to provide the crabs with access to land/air. Owners that do not do this often find their crabs crawling up the filter intake and into or on top the filter in an attempt to find land. Providing a sloped bottom to the tank with part of the gravel or sand out of the water works well. Alternatively, use a partly filled tank with large rocks on which the crabs can climb out of the water.

In the wild fiddler crabs are scavengers, eating bits of organic matter they find in the sand/mud. In captivity, they can be fed sinking crab food, fish food meant for scavengers (sinking tablets, shrimp pellets, etc), and freeze dried plankton and shrimp.

Signs of health in fiddler crabs include growth and regular molting. Once a crab molts, their previous exoskeleton will likely be whole in the tank, looking eerily like a ghost. It is a good idea to leave the exoskeleton in the tank, at least for a week or so. Often the crabs will ingest part of the shed exoskeleton, and it serves as an excellent source of calcium (which they need to produce their new exoskeletons). Claws and legs may be lost but will regenerate over a couple of molts.


Fiddler crabs may produce eggs in captivity (the female carries eggs on her belly), but successful rearing of the young in the aquarium is next to impossible due to the way their natural live cycle works (the larvae grow in deeper ocean waters and return to shore at maturity).