Kale – Superfood Packed to the Max 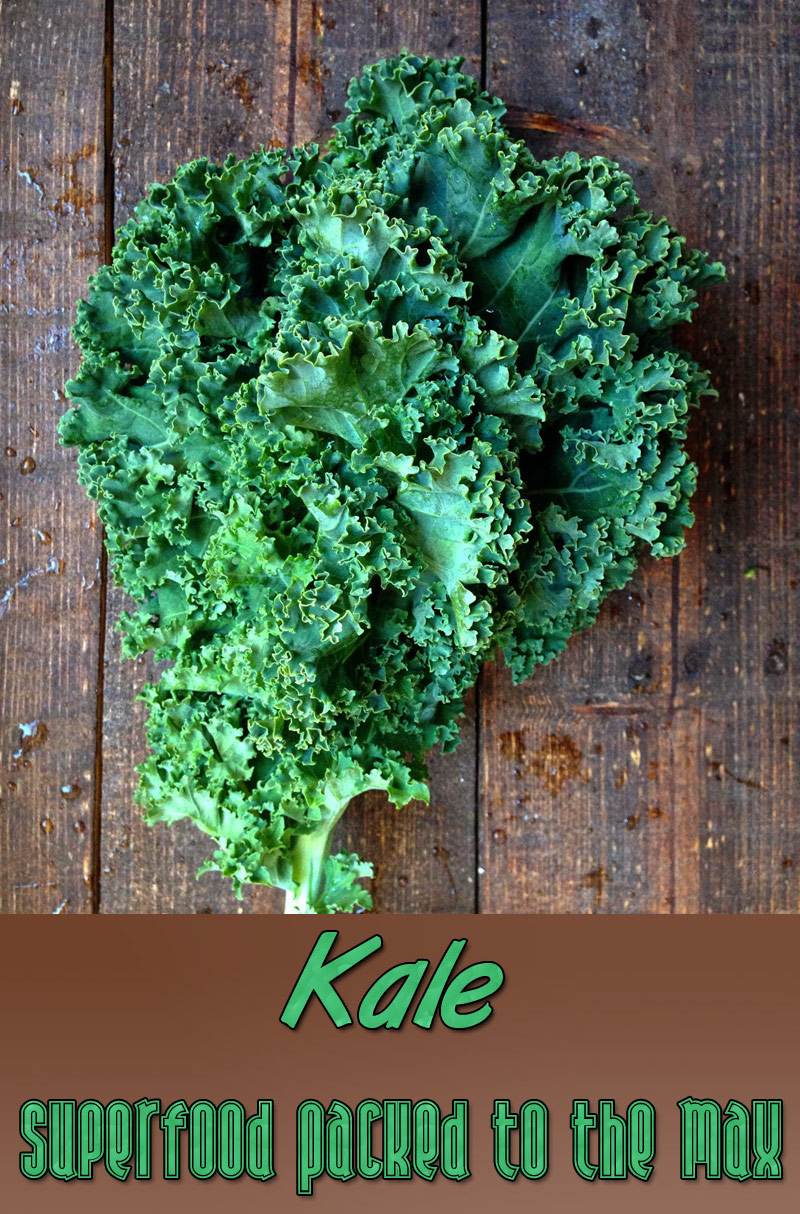 Thriving even in frost, kale is an easy-to-grow green that keeps on giving: cut the smaller, paler green leaves to anchor or mix into fresh garden salad; use the larger, dark greens for stir-fries, pizza topping, or soup, while the plant keeps right on growing.

One variety is known as dinosaur kale in Tuscan regions for its glossy, crinkly, green-to-violet-colored leaves. Kale has a relatively short life in terms of crispness, so it’s best to use within a few days of harvesting.

If vitamins could be packaged and labeled as such, they would look very much like kale. That’s because the vitamins offered by just one cup of this relatively little-known veggie can trump a whole week’s worth of other foods: 684% of the daily value of vitamin K, 206% of the suggested daily amount of vitamin A, and 134% of vitamin C (and even more vitamin C in the Scottish curly-leaf variety).


Kale can legitimately be called a superfood, if only after one particular study, which reported the high antioxidant activity in this vegetable. The phytonutrient indole-3-carbinol aids in DNA cell repair, while at the same time slowing the growth of cancer cells. With its sulforaphane content, kale protects against prostate and colon cancers. It also has properties that studies show ca ease lung congestion, and is beneficial to your stomach, liver, and immune system. It contains lutein and zeaxanthin, which help protect your eyes from macular degeneration.

Kale has been compared to beef, which is known as a “go-to” food for iron, protein, and calcium. Kale’s anti-inflammatory capabilities are unrivaled among leafy greens, especially relating to the prevention and even reversal of arthritis, heart disease, and several autoimmune diseases.

Omega-fatty acids are called essential because your body needs them to remain healthy, but they need to come from sources outside the body; this green vegetable is an excellent source of these healthy fats. Benefits of these often-talked about but little understood compounds include their ability to help regulate blood clotting, build cell membranes in your brain, and protect you against heart disease and stroke. They may also help combat autoimmune diseases, such as lupus and rheumatoid arthritis. According to one study, among all the foods involved in the research, kale was shown to have the highest protective effect against bladder cancer, the sixth most commonly diagnosed cancer in the U.S.

This green vegetable has a very impressive number of flavonoids, each with its own healthy job to do in your body, including 32 phenolic compounds and three hydroxycinnamic acids, which can help keep cholesterol levels within the normal range and scavenge harmful free radicals in your body. Two of the most important flavonoids kale has in abundance are kaempferol and quercetin.

It should be noted that the effectiveness of several antioxidants and vitamins in it are diminished when cooked. Kale was first cultivated from wild varieties by the Greeks and Romans and later spread throughout Europe, where the leaves were called “coles,” and then to the British Isles. From there it was transported to the Americas. The first time it was recorded in the U.S. was in 1669, referred to as “colewarts.”

A Brassica that’s made a name for itself as one of the healthiest foods grown in the garden – or found in local farmer’s market or supermarket produce section, for that matter – kale is becoming better known in the U.S., not just for the distinctive flavor it brings to soups and salads, but because of the many health benefits it provides. Loaded with vitamins, eating this green vegetable helps you fight cancer, heart disease, autoimmune diseases, and even macular degeneration. With all these good things, it could be what’s for dinner.

Thanks for sharing this!
← How to Grow Turmeric (Curcuma)
Children Room Decoration – Teen Bedroom Tips →