What is the secret of East African distance runners? 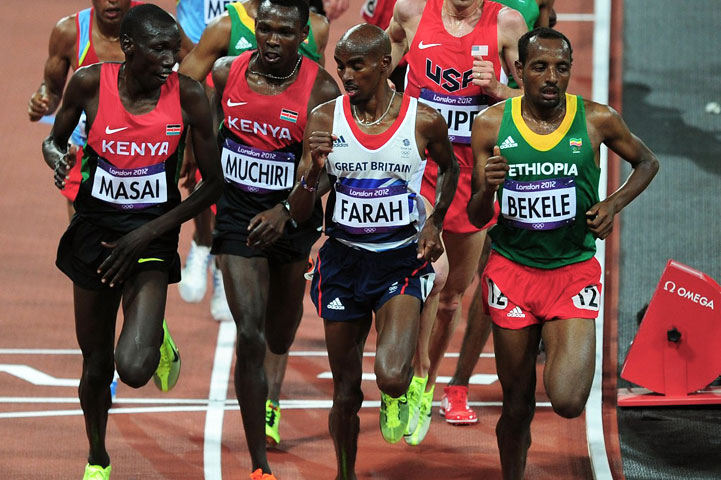 More than 10,000 athletes from 206 different nations will compete for glory in this year’s Olympic Games in Rio. But when it comes to distance running it’s likely that, as in previous years, the finals will be dominated by athletes from East African countries or those of East African heritage.

Why do athletes from this one region of the world tend to have such extraordinary success in one sport? It’s often suggested that it must be down to genetic factors. This would seem a logical assumption, based on the number of Olympic medals won by athletes from a relatively localised geographical area with relatively limited resources to spend on training.

As a result, it’s not surprising that a number of scientific studies over the past 15 years have attempted to answer this question. There is some evidence that the typical body type of East African distance runners – with long, slender legs – may contribute to an increased efficiency in these athletes, particularly at race pace. Yet the overall findings of these research studies have not identified genetic traits that could conclusively explain the success of East African distance runners.

As elite sports performance is a complicated phenomenon, it is unlikely that athletic success will be the result of a single genetic factor. But it is possible that the success of these athletes could be down to a combination of interacting genes, which the latest genetic research is trying to discover. If genetic research alone cannot explain the dominance of East African distance runners, then what other factors might be behind their success? One factor often suggested is the extensive walking and running these athletes undertake from an early age – a total distance run to and from school is often cited at between 5km and 20km. However, this early introduction to endurance training does not appear to result in a higher maximal aerobic capacity (a key determinant of endurance performance) than that seen in elite European distance runners.

What about altitude? Many of the elite Kenyan and Ethiopian distance runners were born and raised at altitudes of around 2,000-2,500 metres. This may lead to superior levels of haemoglobin (a protein in red blood cells that carries oxygen throughout the body) and haematocrit (the volume of red blood cells in the blood). In turn, this leads to an increased ability to transport oxygen to the working muscles.

While just living at such altitudes may not alone explain the success, it appears that East African athletes also have the ability to train at high-intensity while at altitude. This is something that athletes without continual altitude exposure would find difficult to replicate. Iten and Addis Ababa – key training sites for Kenyan and Ethiopian distance runners respectively – both sit at around 2,400 metres above sea level. So it seems logical to assume that prolonged altitude exposure and the ability to train at a high-intensity while at altitude, may contribute in part to the success of East African distance runners.

A final reason often suggested for the East African dominance of distance running is the motivation to achieve economic success. In relatively poor countries, success in lucrative distance running events can considerably advance an athlete’s position in society. We still can’t say conclusively what is behind the phenomenal success of the East African distance runners. But research suggests it is unlikely that there is a single genetic factor that can explain their success. But an optimal body type leading to excellent biomechanical efficiency may well play a part alongside the runners’ prolonged exposure to altitude and psychological motivation to succeed.